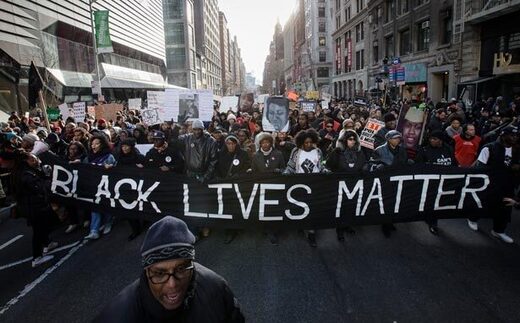 People often think of peer pressure as something teenagers experience. In fact, peer pressure is just as prevalent among adults. It’s the reason ideas spread like wildfire. People jump on board with what everyone else is doing or thinking for one simple reason: They want to belong.

Have you ever wondered how Adolf Hitler managed to convince so many people to commit evil acts? Or how cult leaders such as Charles Manson or David Koresh could get so many people to do what they told them to do and to believe what they told them to believe? The need to belong is just that fierce and strong, particularly for vulnerable folks who feel lonely or misunderstood.

It’s happening right now with the Black Lives Matter movement. It’s not about the fact that black lives matter, with which no sane person would disagree. A simple search of their own website will tell you its goals: to “disrupt the Western-prescribed nuclear family structure” and to “foster a queer‐affirming network.”

But doing research or thinking critically about any idea or movement is threatening to what so many people want. These folks aren’t interested in the truth. They don’t want the facts. What they want is to belong.

The leaders of all movements know this. They manipulate human nature to their advantage by preying on people’s emotions, using terminology that sounds benign so that not taking part makes a person appear cold and callous. Who on Earth wants to argue openly with the phrase “black lives matter”? It’s a brilliant tactic.

Pointing out the truth of movements such as Black Lives Matter requires serious study by those who aren’t motivated by a desperate need to belong. Take, for example, my guest this week on my podcast: Heather Mac Donald. She laid out the reasons why there’s no evidence of systemic racism in policing. She explains that black males represent 6% of the nation’s population yet comprise roughly 42% of police killings. A police officer is 18 times more likely to be killed by a black male than an unarmed black male is to be killed by an officer.

To be sure, these are inconvenient facts. But they are facts nonetheless, the same ones Maj. Travis Yates, a commander with the Tulsa, Oklahoma, police department, shared in an opinion article. In that letter, Yates explained that there’s more demand for law enforcement “from a smaller population in one side of town versus another” and that “it is intellectually dishonest to discuss disproportional policing without speaking about disproportional victimization.” He went on to explain that “the issues that are causing the disparity in police contacts” rests with fatherlessness in the black community. It is rampant, and as a result, black men are literally killing each other.

That’s the real story, but no one wants to talk about it. So, instead, we pretend. We pretend that white police officers, as a rule, hate black people — and that police are killing black people en masse simply because they’re black.

It’s an egregious lie, but it feels good to believe it. It gives people something to fight for. It doesn’t matter if what the leaders are saying is true or fair or right — or even harmful, which it is. Police officers are leaving their posts in droves as a result of this madness. We’re all vulnerable now.

The George Floyd incident was just that: an incident. There are other similar incidents, but they are far from the norm. Nevertheless, a domino effect has erupted, whereupon leaders on both sides of the political aisle have caved to the mob. For some, that’s because their jobs were threatened, and they had little choice in the matter. For others, they caved because they lack the courage to tell the truth and fight back — even if they know the truth. They’d rather belong.

The need to belong is our Achilles heel, and it just may do us in.

Suzanne Venker (@SuzanneVenker) is a contributor to the Washington Examiner’s Beltway Confidential blog. She’s the author of five books and a relationship coach, as well as host of The Suzanne Venker Show. Her website is www.suzannevenker.com.