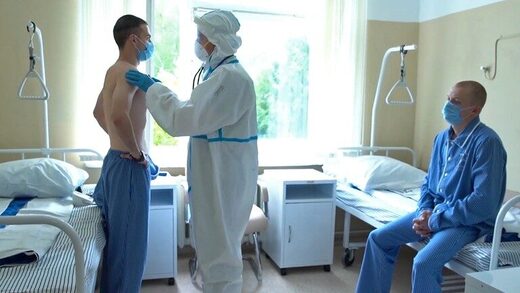 © Sputnik / Ministry of Defence of the Russian Federation

Volunteers who received a Russian-made Covid-19 vaccine have developed immunity to the virus, according to the country’s Ministry of Defense. Clinical trials for the drug are now in their final stage.

The ministry began testing a coronavirus vaccine in mid-June in conjunction with Moscow’s Gamelei Institute of Epidemiology and Microbiology.

It said that data obtained by scientists “indicates that volunteers in the first and second groups formed an immune response after injections of the vaccine against the coronavirus.”

The first group of trialists will be discharged on July 15. As of yet, there have been no complaints about side effects or adverse reactions. The second group, who received the vaccine just a few days after the first, will receive a booster injection on July 13. The booster is designed to “strengthen the immune system and provide an increase in its duration.”

On Thursday, Health Minister Mikhail Murashko announced that research was underway on 17 separate Russian coronavirus vaccines, of which the Gamelei drug is just one. He also stated that Russia will not make immunization against Covid-19 compulsory.

At the end of June, Russian Defense Minister Sergey Shoigu reported that trials should be over by the end of July. If completed successfully, it is planned that the vaccine will be registered in August and immediately put into mass production.

Comment: There are a great many questions as to why a vaccine would be necessary when, for example, there are already drugs with a safety track record decades-long and that have been shown to be highly effective in treating Covid-19; one of Russia’s top doctors claims that herd immunity in the cities has been achieved; the virus is harmless for the vast majority – then again, perhaps some in Russia believe the hysteria, and perhaps some just don’t want to be dependent on a foreign created ‘vaccine’: