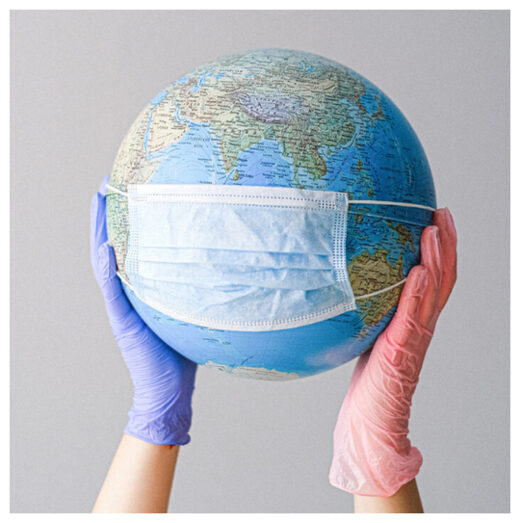 In my previous post on the covid pandemic I mentioned that the body’s main defence against viruses is T-cells, not antibodies, and that the only reason we test for antibodies instead in clinicial practice is because it is easier and cheaper. I also ventured a hypothesis that the levels of population immunity are much higher than is being found in the antibody tests, and that this is because lots of people who don’t have antibodies do have covid specific T-cells. It turns out that this hypothesis is supported by new evidence.

A study carried out at Karolinska Institutet (where I went to medical school), which is still awaiting publication, looked at the presence of both antibody-based and T-cell specific immunity to covid among people in Stockholm. The data was collected during May. The first covid fatality in Sweden was in mid-March, so at that point covid had been raging for about two months.

The study was funded by Karolinska Institutet, the Swedish Research Council, and a number of private foundations and charities. The authors reported no conflicts of interest.

Study participants were recruited in to five distinct cohorts, with a total of around 200 individuals:

The first cohort was made up of patients who had had a mild infection and recovered. Most of these (78%) had not been sick enough to be admitted to hospital. The few that had been admitted had at most required one litre of supplemental oxygen. This was the “mild convalescent” cohort.

The second cohort was the “severe convalescent” cohort, which consisted of patients who had been sick enough to require larger amounts of oxygen and/or mechanical ventilation, and then recovered.

The third cohort was made up of family members of people in the mild convalescent and severe convalescent group. In order to qualify to be part of this cohort, participants had to have spent time in the same household as the sick family member when they were sick, but not themselves been diagnosed with covid 19. This was the “exposed family members” cohort.

Although each of the cohorts is a bit small for my liking, it is an interesting mix, which can potentially answer some important questions about how the immune system reacts to covid, and how prevalent covid was at this point in time in Stockholm.

Now to the interesting part, the results:

Let’s start with the blood donors who donated blood in 2019. They weren’t tested for antibodies (strange, I would have tested them just to have a baseline, to see what the rate of false positives was, but maybe there was some technical reason as to why this wasn’t possible) but they were tested for covid-specific T-cells. Not surprisingly, no-one in that group had T-cells (0/37).

Next, we can look at the people who were convalescing from severe disease. Among these individuals, 100% had antibodies, and 100% had T-cells (23/23). This makes sense. When you have a severe illness, you get a strong immune response.

Next up, let’s look at the people who were convalescing from mild disease. In this group 87% had antibodies (27/31), while 97% had T-cells (30/31). Again, this makes sense – if you have symptomatic disease, then that is a sign your immune system has realized there is an infection going on, so there should eventually be signs of that in the form of measurable antibodies and/or T-cells.

Now we can look at the exposed family members. Remember, this was a group of people that had not shown signs of symptomatic disease. In this group, 60% had antibodies (17/28), while 93% had T-cells! (26/28). This is pretty astonishing, and it shows two things. Firstly, if you lived with someone who had covid then you were most likely also infected. This is true even if you didn’t have symptoms, and even though you didn’t have symptoms, you most likely developed an adaptive immune response. Secondly, that immune response involved T-cells more often than antibodies.

Finally, we can look at the people who donated blood in May 2020. This was a random sample, so we don’t know how many had had symptomatic disease and how many had been completely asymptomatic up to the time point when their blood was drawn. In this group, 13% had antibodies to covid (4/31) and 29% had T-cells (9/31). That is pretty astounding. Now, again, this was a small trial and the cohort was small so the confidence intervals are wide. But it is still remarkable that twice as many people had T-cells as had antibodies in the random sample.

Additionally, this was in May, two months in to the pandemic. If 29% of Stockholm’s population had T-cells in May, then it’s reasonable to expect that by now, three months later, that number has at least doubled, which makes for a very reasonable explanation as to why the covid death rate has fallen so precipitously in Sweden – we’ve now reached the point where we have herd immunity. This is a speculative conclusion considering the small sample size, but it makes sense.

As yet, no proper studies have been performed, to my knowledge, showing that antibodies give immunity to covid, and no studies have been done showing that T-cells give immunity to covid either for that matter. However, we know from experience of infectious diseases in general that an antibody response and/or a T-cell response usually means that you are protected from future infection, at least for a time, and often for a lifetime.

This study has its weaknesses. The main problem with it is that it is small. It would be beneficial if a similar larger study could be performed to corroborate the results. Another problem is that it hasn’t gone through peer-review yet. It is noticeably rough around the edges. The text is overly technical and quite disorganized, and the graphs are hard to understand if you don’t spend a significant amount of time with them. Additionally, there seem to be some bugs in the text, like the number of participants appearing to differ in different places without any explanation offered.

However, the implications of this study are huge.

Secondly, if it’s true that Sweden now has herd immunity, then it seems likely that many other countries will follow over the coming months. By the time a vaccine appears at some point next year (with luck), there might not be many people left that actually need it.