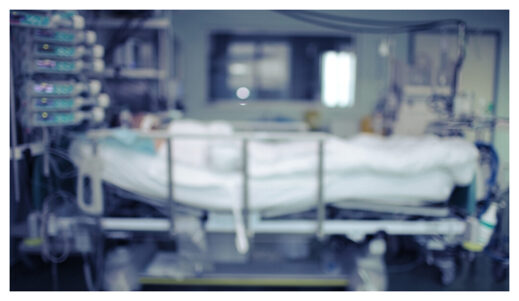 © SUDOK1/ISTOCK/GETTY IMAGES PLUS
As part of the World Brain Death Project, an international group of doctors has written guidelines that help identify whether a person’s brain no longer functions, completely and irreversibly. That information can be used to determine when to take a patient off life support.

When your brain stops working — completely and irreversibly — you’re dead. But drawing the line between life and brain death isn’t always easy. A new report attempts to clarify that distinction, perhaps helping to ease the anguish of family members with a loved one whose brain has died but whose heart still beats.

Brain death has been a recognized concept in medicine for decades. But there’s a lot of variation in how people define it, says Gene Sung, a neurocritical care physician at the University of Southern California in Los Angeles. “Showing that there is some worldwide consensus, understanding and agreement at this time will hopefully help minimize misunderstanding of what brain death is,” Sung says.

As part of the World Brain Death Project, Sung and his colleagues convened doctors from professional societies around the world to forge a consensus on how to identify brain death. This group, including experts in critical care, neurology and neurosurgery, reviewed the existing research on brain death (which was slim) and used their clinical expertise to write the recommendations, published August 3 in JAMA. In addition to the main guidelines, the final product included 17 supplements that address legal and religious aspects, provide checklists and flowcharts, and even trace the history of relevant medical advances. “Basically, we wrote a book,” Sung says.

The minimum requirement for determining brain death is “a good, thorough clinical examination,” Sung says. Before the exam even occurs, doctors ought to verify that a person has experienced a neurological injury or condition that could cause brain death. Next, clinicians should look for other explanations, conditions that could mimic brain death but are actually reversible. Cooling the body, a procedure for treating heart attacks, can cause brain function to temporarily disappear, the report points out. So can certain drugs, alcohol and other toxins.

A brain death assessment ought to include a series of tests for physical responses that require a functional brain: eye movement, pain responses and gag responses, among others. Physicians also ought to see whether a person attempts to breathe independently, a life-sustaining process that relies on the brain stem. If none of these signs are present, a person could be considered brain-dead. Extra tests, such as those that look for blood flow or electrical activity in the brain, may provide useful information, but their interpretation isn’t always straightforward, the authors caution.

Identifying brain death in adults should include a single neurological exam; children should receive two, the guidelines suggest. “Children can recover from a lot of different things differently from adults,” Sung says. “We want to really make sure they have had a devastating injury.”

Clarity from medical professionals on brain death is long overdue, says pediatric neurologist Paul Graham Fisher of Stanford University. But that’s only a first step, he says. “The snag is that the nonmedical part of the world has to buy in, too.”

Complex cultural, religious and even legal forces thwart a simple and universally accepted definition of brain death, Fisher says. “You’re still going to have people, on an individual level or a societal level, who may not buy in,” Fisher says. He points to the case of Jahi McMath, an Oakland, Calif., teenager whose parents refused to accept that she was brain-dead after complications from a 2013 tonsillectomy. She remained on a ventilator and tube feedings for nearly five years. Her liver failed in 2018, according to a statement from her family’s lawyer.

Different regions, and even different hospitals, have their own rules about determining brain death. New Jersey, for instance, allows family members to object to a brain death determination based on religious or moral beliefs. A person can be brain-dead in Pennsylvania, Fisher points out, “but as soon as you cross the Delaware River, you can say, ‘I object to it.'”

Other countries do things differently, too. Some incorporate brain scans into the process of determining whether someone is brain-dead, for instance. As research evolves, the guidelines may change. “We can always learn more,” Sung says. “And if we learn more, we may have to change our recommendations.” But for now, “this is the best that we know.”