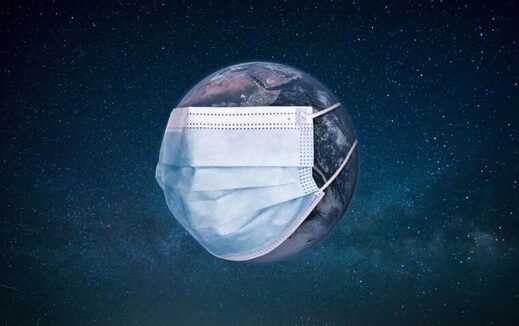 In June, we published Denis Rancourt’s white paper titled “Masks Don’t Work: A Review of Science Relevant to COVID-19 Social Policy.” As of this date, the article has been viewed over 460,000 times world-wide. And, as the Reader’s publisher I pledged to publish all letters, guest commentaries, or studies refuting Rancourt’s general premise that this mask-wearing culture and shaming could be more harmful than helpful.

In retrospect, Rancourt’s specific premise is that there are no gold-standard (a.k.a. policy-grade) randomized controlled tests that prove masks work effectively to stop the spread of a respiratory virus.

The masks-may-be-more-harmful-than-helpful assertion is associated with the open questions Rancourt posed regarding unknown consequences of mandated masking being considered by thousands of local and state government officials, both elected and unelected.

However, in the spirit of open debate and sharing opposing views, we provide links to several of the submitted refutation efforts below. While some submitters resorted to unpersuasive ad hominem attacks on Rancourt, we stand by Rancourt’s scientific and academic credentials, training, experience, and capabilities to provide the analysis and review of said RCTs.

The most prevalent opposing response has been that the very RCT research papers Rancourt analyzed were primarily measuring the effective differences between surgical masks and respirators, not whether masks in general work.

Rancourt addressed this assertion in his conclusion: “Furthermore, if there were any benefit to wearing a mask, because of the blocking power against droplets and aerosol particles, then there should be more benefit from wearing a respirator (N95) compared to a surgical mask, yet several large meta-analyses, and all the RCTs, prove that there is no such relative benefit.”

Advocates for masking who attempted to refute Rancourt also cited passages within the RCT research papers Rancourt analyzed that affirmed the overall benefits of masking, claiming Rancourt cherry-picked his evidence from these published works.

Yet for any seemingly affirmative statement masking advocates can point to within the seven publications Rancourt reviewed, there exists within each and every one of those papers the very qualifier that proves Rancourt is accurate in his statement “no study exists that shows a benefit from a broad policy to wear masks in public.”

For example, one submitted refutation cited Offendu (sic). The paper Rancourt cited was:

This submission asserted that Rancourt failed to give the following Offeddu statement (located in the Randomized Controlled Trials section) its due, thus proving Rancourt’s claims are false: “Compared to non-rPPE wearing HCWs, those wearing medical masks or N95 respirators throughout their work shift were significantly protected against nonspecific respiratory infection.”

Meanwhile, the submitter ignores the very next two sentences Offeddu writes in that same passage: “However, assessment of clinical outcomes was self-reported and prone to bias, as the intervention cannot be masked. Evidence of a protective effect of masks or respirators against VRI, a rarer outcome, was not statistically significant, though this may indicate insufficient statistical power in these studies, rather than lack of a protective effect.”

Not one of the seven publications on RCTs Rancourt reviewed, or all of them combined, warrants implementing (let alone attempting to enforce) mask mandating as a mitigation policy for COVID-19.

Rancourt takes a dispassionate view of the evidence being reported within the RCT literature. He does not rely on terms such as “seem to,” “indicates,” “pretty likely,” “much less likely,” “may,” or “some evidence to support.” Rather, Rancourt selected the science-based disclaimers within each of the RCT analyses to prove his point that there is no policy-grade evidence that masks work.

We have also included Rancourt’s newest analysis (cited below). We continue to steadfastly support his conclusions, especially in the absence of conclusive evidence to the contrary, when we will always err on the side of self-determination.

A free and open society can only enfranchise individual property rights, and our bodies are our own property. The desire for authoritarians to wield government power, whether through lawfare or brute force, in order to change or mandate others’ behavior, whatever the risks for a perceived benefit, is seemingly unquenchable.

Also included here is DigiDebates July 24, 2020, debate between Denis Rancourt and Kyle Johnson on this very issue of whether masks should be mandated. The video is embedded below and linked to here on YouTube.

In Johnson’s essay, he discounts the validity of RCTs, writing, “What Rancourt fails to recognize is that, while they are great (even necessary) for testing drugs and treatments, RCTs are not necessary or even appropriate for other scientific fields or questions.” And he cites an article in the American Psychological Association to prove this point in his effort to remove Rancourt’s argument’s critical context.

For context to the contrary, the CDC itself states in the article titled “Non pharmaceutical Measures for Pandemic Influenza in Nonhealthcare Settings – Personal Protective and Environmental Measures” that, “We aimed to identify randomized controlled trials (RCTs) of each measure for laboratory-confirmed influenza outcomes for each of the measures because RCTs provide the highest quality of evidence.”

This May 2020 CDC published paper goes on to state, “Although mechanistic studies support the potential effect of hand hygiene or face masks, evidence from 14 randomized controlled trials of these measures did not support a substantial effect on transmission of laboratory-confirmed influenza.”

And it is acknowledged here that influenza is not COVID-19, but they are both viral respiratory infections or VRI.

In his follow-up paper titled “Face masks, lies, damn lies, and public health officials: ‘A growing body of evidence,'” Rancourt is doubling down on his resolve that mandating mask-wearing for the public is not only unsupported by science, it is irresponsible policy by authorities.

Thank you to all authors for your submissions. This is what public discourse should embrace. Your analyzes were robust and most welcome. Hopefully readers’ understanding of the science and controversy surrounding this important issue will be exponentially advanced by your efforts.

And if you have not had enough of this topic already, below is a compilation of pertinent information related to mandating mask wearing in order to prevent viral spread.

Prior to 2020, multiple studies on the efficacy of mask-wearing, especially for healthcare workers, have been published by CDC, New England Journal of Medicine, Lancet, British Journal of Medicine, Nature, JAMA, PUBMed, and many other professional venues. Nearly all these studies, whether randomized control studies or clinical observational studies, find that mask-wearing to prevent transmission of infectious viruses is inconclusive at best, ineffective at worst.

Most studies rhetorically support N95/N100 respirators as providing a better barrier than surgical and cloth masks even though the various Random Control Trials (RCT) found no statistical difference between the two types of masks in preventing viral transmission. All the RCT studies concluded that cloth masks provide no meaningful protection, other than occasionally stopping large droplets, in whole or in part, from escaping through cloth masks while accumulating a quagmire of bacteria and viral particles inside masks that don’t escape via the masks’ persistent gaps.

Several studies made note that N95 and N100 respirators have the added benefit and confidence of use within strictly regulated and sanitized environments that promote rigorous, redundant protocols designed to mitigate biological hazards.

Various authors acknowledge that “potential” benefit in preventing some transmission from droplets when wearing surgical and cloth masks could be improved with plastic barriers, face-shields, frequent hand-washing, proper fitting of masks, consistent donning of new masks and disposal of old ones, glove use when appropriate, and other common-sense hygienic-mitigation protocols.

The few studies conducted in 2020 on mask-wearing that do endorse the practice concluded mask-wearing may have a positive, correlative, and statistically significant benefit in reducing transmission, especially in preventing transmission from large droplets generated when talking, coughing, sneezing, or spitting. But these conclusions are underscored with authors’ acknowledgments that the findings lacked sufficient data to definitively claim that mask-wearing prevents transmission of viruses, cautioning that more research needs to be done.

There is updated research that posits viruses, including coronaviruses, are more likely to be transmitted via aerosol particles versus droplets. As this proves accurate, cloth masks will provide less protection as aerosol particles are significantly smaller than droplets.

OSHA has remained curiously silent relative to COVID-19 and mask-wearing safety in the workplace, nor has it explained suddenly waiving its safety standards otherwise strictly imposed on employers who require mask/respirator-wearing by employees in the workplace. Mandatory government oversight of this workplace practice confirms there are substantive dangers associated with mask-wearing for prolonged periods, requiring rigorous protocols to mitigate potential health hazards.

Knowing the differences in approximate sizes of viruses, particles, aerosols, droplets, and mask pores is useful to assess the risks inherent in cloth masks. Viruses are measured in nanometers or microns (1 nanometer is 1/billionth of a meter, while 1 micron is 1/millionth of a meter) and viruses typically measure 125 nanometers or .125 micron. Viruses are carried as part of larger particles that range in measurement between 0.02 – 0.14 microns. Particles are transported in aerosols and droplets. Aerosols are typically less than 5 microns, while droplets are often larger, ranging between 5 – 10 microns.

Mask pores have a wider range of diameter sizes, anywhere from 80-500 microns. While viruses always travel as part of larger particles carried in aerosols or droplets, mask pores’ larger circumference arguably can’t prevent most flow through of smaller aerosol particles that carry ever smaller bacteria and viruses.

Supporting documentation for this compilation is available at the end of this August editorial titled “Disturbingly COVID Incurious,” by Kathleen McCarthy.

Why does all this matter?

And so we have a situation where mask-mandating advocates are going to stand on the premise of “reducing risk and flattening the curve is worthy of mandating mask wearing.”

And those of us who are firmly against the coercive behavior modification proposed by such central planners are going to stand by “based on the inconclusive science currently available, the risks of mandated masking outweigh the perceived rewards.”

And neither side is likely to move.

Americans have blindly accepted taking off one’s shoes and belt, exposing oneself to harmful X-rays, and randomly having your body molested by a stranger in order to get on a commercial airplane flight.

And study after study show that these coercive and stressful measures are pure theatre.

In the above scenario, government has you over a barrel, so to speak. You need to get on that plane and will suffer the indignities to do so. It started with belts and shoes and now grandma in a wheelchair gets to have a full pat down.

So what’s next if we quietly and blindly accept, as one submitter put it, “Do us all a favor and just mask up!”? What’s next is mandated vaccinations with risky and dangerous fast-tracked vaccines. What’s next is restrictions on your ability to travel, shop, and bank where you want without an “immunity pass.” Mainstream media is already spouting that succumbing to such draconian measures is patriotic.

Some who have read this far may be asking themselves, “What is the big deal? What harm can wearing a mask do?”

It is an enormous deal for compelling reasons that include:

With no conclusive evidence of mask mandating benefits, the time is now to draw the line in the sand, or Americans will find themselves living inside one big oppressive checkpoint.