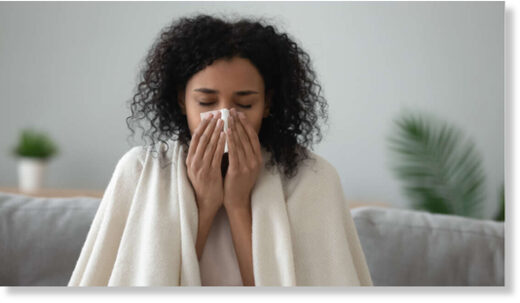 Thousands of cases of flu in Seattle between January and early March were actually Covid-19, according to a new study, meaning the virus was much more prevalent in the US earlier than thought.

Reporting in The Lancet‘s open-access journal EClinicalMedicine, researchers reanalyzed throat swab samples from people who presented with “flu” symptoms in Seattle between the end of February and early March and found more than one in 10 cases were Covid-19. Their findings suggest around 9,000 people may have had Covid-19 by March 9, when fewer than 150 cases had been officially reported across the whole of Washington.

The team from the University of Texas at Austin (UT) looked at two early periods in the pandemic in Wuhan and Seattle. They studied data, doctors’ reports, and cases of reported flu-like symptoms from Wuhan in January and Seattle in February-March to try and work out if the Covid-19 to flu ratio could be used to estimate early pandemic spread.

“Even before we realized that Covid-19 was spreading, the data imply that there was at least one case of Covid-19 for every two cases of flu,” said Lauren Ancel Meyers, who runs UT Austin’s Covid-19 Modeling Consortium. “Since we knew how widespread flu was at that time, we could reasonably determine the prevalence of Covid-19.”

Although in both cities the majority of the reports were flu, they both demonstrated a wider spread of the virus than reports from the time suggested, weeks before lockdown measures were implemented in either city.

In Wuhan, over a third were retroactively confirmed as SARS-CoV-2, the virus that causes Covid-19, between December 30, 2019, and January 12, 2020. On January 22, there were 422 known cases, but by extrapolating data from throat swabs taken at the time and using a new epidemiological model, Meyers and her team estimate there could have been as many as 12,000 undetected cases.

In Seattle, they estimate there could have been more than 9,000 cases by March 9, the week schools were closed, although official figures at the time reported 116 cases. Looking at age groups, about a third of those cases were likely children. Basing a mean epidemic doubling timeframe in Washington between January and February on a previous study, they further projected that if assuming 50 percent of cases are asymptomatic, as evidence suggests, then there may have been as many as 15,000 Covid-19 cases at the time.

The study also estimated when the virus first appeared and started spreading in both cities. In Wuhan, the first case likely emerged between October 26 and December 13, 2019, while in Seattle it was sometime between Christmas and January 15. The first official case of Covid-19 in the US was announced on January 21, after a 35-year-old man returned from Wuhan to Washington State.

“We can go back and piece together the history of this pandemic using a combination of investigative techniques and modeling,” Meyers said. “This helps us understand how the pandemic spread so quickly around the globe and provides insight into what we may see in the coming weeks and months.”

The US has topped the highest number of Covid-19 cases per country since April. Current figures stand at over 5.2 million cases, more than a quarter of all global cases, with over 167,000 deaths, though analysis of data from the Centers for Disease Control and Prevention (CDC) suggests that woefully underestimates the actual figures.