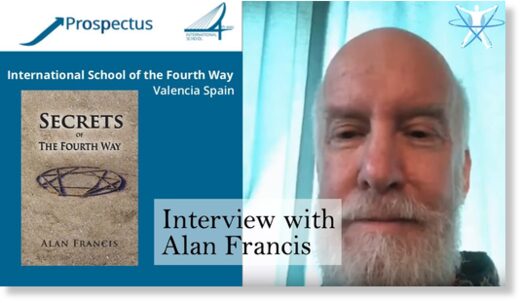 Today on MindMatters we interview Alan Francis, a longtime Fourth Way practitioner, teacher and author of the book Secrets of the Fourth Way. Alan is the founder of the Russian Center for Gurdjieff Studies as well as the International School of the Fourth Way, planned to open this coming winter. Our discussion covers a range of topics, from Alan’s early life experiences that led him to the Fourth Way, basic Fourth Way topics like kundabuffer and Gurdjieff’s take on kundalini, addiction, and fear, to ‘powers and principalities’, Taoist alchemy and its possible significance in relation to Gurdjieff’s ideas and practice, concluding with a demonstration of a unique Fourth Way gymnastics exercise.