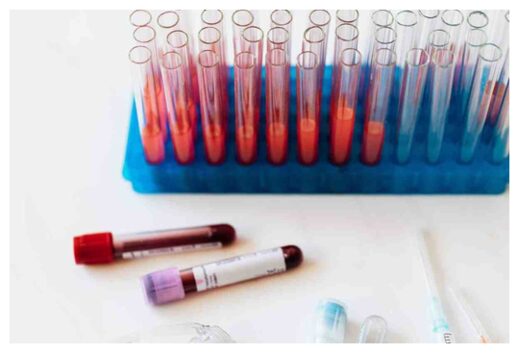 Should you get a PSA test to screen for prostate cancer? What are the advantages and disadvantages of screening? Do the potential benefits outweigh the potential harms? Those are the questions we will seek to answer in this article.

Prostate cancer is one of the leading causes of cancer death in men. About one in 41 men die of the disease. This has led to efforts to find a way to screen for prostate cancer and discover it before it has a chance to spread in the body, when there is still a chance to cure.

PSA (prostate specific antigen) is an enzyme produced by the cells in the prostate. It was first discovered in the 1970’s and its biological function is to make semen more liquid after deposition in the vagina, freeing sperm to move around. It is normally present in low levels in the blood, but can increase to abnormally high levels in prostate cancer, due to the large number of cancerous prostate cells that are dividing in an uncontrolled fashion. This led to the idea that PSA could be used as a method to screen for prostate cancer, hence the PSA test.

The PSA test is simply a blood test, where you look at the level of PSA in a person’s blood. If the level is above a certain cut-off point, the value is considered “positive” (which is “positive” in pretty much the same way that being HIV-positive is “positive”), and that generally leads to a prostate biopsy being performed. And if the biopsy strongly suggests cancer, and there are no signs that the cancer has already spread throughout the body, then the prostate is usually either removed surgically, or irradiated. (If the cancer has already spread in the body, then it’s pointless to destroy the prostate – that only makes sense if there is still a chance at stopping the cancer before it spreads).

Now, for screening to make sense you need to be finding cancer in people who are going to die from it, at a point in the disease course when the cancer is still curable. The screening needs to change the course of the disease for the screened individual who has cancer, otherwise it’s meaningless.

At the same time, you need to avoid false positives, for example people who have the cancer but who will never develop any problems as a result of it. This is because, as mentioned above, prostate cancer is slow growing, and most people die of other causes before they develop any symptoms from their cancer. Treating these people for a disease that they will never actually suffer from only exposes them to harm, and those harms can be crippling and ruin a person’s quality of life. Both surgical removal of the prostate and irradiation frequently cause sexual impotence and urinary incontinence.

The whole point of screening is after all to help people, not harm them. If you’re maiming ten people to prolong the life of one person, then screening might not be such a good idea. What this means is that the benefits and harms of any screening program need to be weighed very carefully.

Another aspect to screening is financial cost. From a societal point of view, the cost per case of treatable cancer discovered needs to be reasonable (at least if the tax payer is footing the bill). What a reasonable cost is, is of course something that each society needs to determine for itself.

A meta-analysis was published in the British Medical Journal in 2018 seeking to answer the question of benefits vs harms of prostate cancer screening definitively. The meta-analysis included five randomized controlled trials with a total of 721,718 men. The ages of the men enrolled ranged from 40 to 80 years old.

The screening interval varied across the studies, from a one time screening only, to once every two years, or even once a year, and the length of follow-up also varied, with the shortest follow-up period being 10 years, and the longest being 20 years.

So, what were the results? At the longest follow-up, 12,8% of men were dead in the group that received screening, and 12,9% were dead in the control group. This 0,1% difference was not statistically significant. Basically, PSA screening made no difference whatsoever to the odds of survival over the course of the follow-up period.

Now, let’s look at the negative effects of screening. As mentioned before, if the PSA test is considered positive, it gets followed up with a prostate biopsy before a decision is made whether to get rid of the prostate. One complication of this is a bacterial infection in the blood stream (sepsis). The reason you can get this complication is because the easiest way to reach the prostate with the biopsy instrument is by entering with it through the rectum, and then punching a hole through the wall of the rectum in to the prostate. When you do this, there is inevitably a risk that you will transfer bacteria that are living in the rectum in to the blood stream. Overall, 1,4% of men who were biopsied developed infections that were so severe that they had to be admitted to hospital.

If the biopsy result comes back positive for cancer, then in most cases that leads to surgery or radiation therapy, both of which pose a significant risk of impotence and urinary incontinence. The researchers calculated that, of 1,000 men screened, the screening will lead to a chain of events that will result in 25 more men becoming impotent and 3 more men developing urinary incontinence. How many of those men actually needed surgery or radiation therapy, i.e. had their lives saved by it? Probably not many, considering that the screening had zero effect on mortality.

Finally, we can look at what the review had to say about the diagnostic accuracy of the PSA test. Overall, the PSA test had a false positive rate of 67% . This means that 67% of men who have a positive PSA test don’t actually have any sign of prostate cancer when biopsied. The remaining 33% actually do have cancer, but we don’t know how many of them would ever have developed symptoms from their cancer before they died of other causes. Probably not many, or you would have expected to see an effect on mortality.

What does this all mean? Getting a PSA test for the purposes of screening is almost certainly a bad idea. The potential harms of PSA screening by far outweigh the potential benefits. While you’re considering whether to screen for prostate cancer, you might also want to consider how many blood pressure medicines you are taking, and whether statins make sense to take.