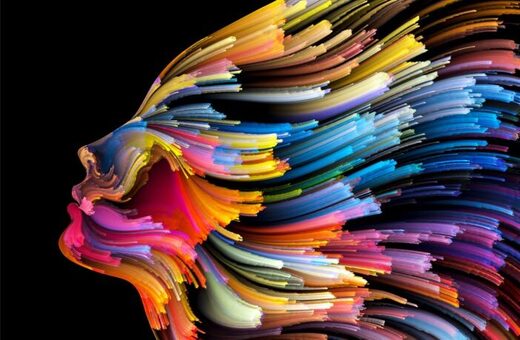 New research recently published in Psychopharmacology provides evidence that inert placebo pills can induce psychedelic-like effects, including perceptual alterations. The findings highlight the importance of expectations and context when ingesting psychedelic substances. The study also sheds some light on the mystery of so-called contact highs.

“I am interested in placebos generally and in particular in maximizing their effects. When I was reading clinical trials of psychedelic drugs, I was surprised by the low placebo effects reported in many studies,” said study author Jay Olson, who recently earned his PhD in psychiatry from McGill University.

“We have other evidence that people can have psychedelic-like effects without taking the drug. For example, in the case of ‘contact highs’ in which people feel the effects of drugs merely by being around people who have consumed the drug. Or, other people have reported having experiences after taking fake drugs, such as after consuming empty blotter paper rather than LSD. We thus thought that with the right context, we may be able to promote strong placebo psychedelic effects.”

Thirty-three university students with no physical or mental health issues were told they would be participating in an experiment to examine the effects of a psychedelic drug on creativity. The researchers told the participants they were being given iprocin — a homologue of psilocybin, the active ingredient in psychedelic mushrooms — and that they would experience changes in consciousness over the 4-hour period. But all of the participants actually received a placebo.

The participants then spent four hours together in a room that had been set up to resemble a psychedelic party, with paintings, colored lights and a DJ. To make the context seem credible and hide the deception, the study also involved ten research assistants in white lab coats, psychiatrists, and a security guard. During this session, the participants completed the altered states of consciousness rating scale, which is commonly used in psychedelic research to assess a drug’s subjective effects.

For example, one participant said he experienced changes in visual perception. “I had not been feeling anything until looking at this [painting]. It’s moving. The colors aren’t just changing, it’s moving. It’s reshaping itself,” he told researchers.

“Given the right context and expectations, some people can have psychedelic-like effects after consuming an inert drug. We have known for a long time that ‘set and setting’ — mindset and expectations — can strongly influence the psychedelic experience. Our research shows that set and setting may also be partly responsible for creating the experience rather than only modulating drug effects,” Olson told PsyPost.

Study co-author Samuel Veissière, a cognitive anthropologist who teaches in McGill’s Department of Psychiatry, added: “Our study helps shed light on the ‘placebo boosting’ component inherent in all medical and therapeutic intervention, and the social influences that modulate these enhancing effects. Placebo effects may have been underestimated in psychedelic studies. The current trend towards ‘micro-dosing’ (consuming tiny amounts of psychedelic drugs to improve creativity), for example, may have a strong placebo component due to widespread cultural expectations that frame the response.”

“This was an exploratory study so many questions remain. We tested several contextual factors at once: a social environment, positive expectations, music, etc., all of which are known to modulate placebo effects or psychedelic experiences. Which of these are most important and how do they combine to promote placebo effects? Further, what kinds of people are most likely to experience placebo effects in these contexts?” Olson explained.

“The goal of the this study was to test whether, in near-ideal conditions, some people may experience strong psychedelic-like effects from consuming a placebo. Future studies can try to isolate the causal role of the many contextual factors we explored.”