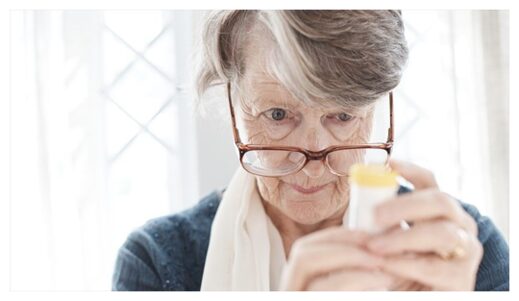 © Getty Images
If you are taking multiple medications, it’s important to keep your doctors up to date. The more medicines you take, the greater the chance a negative drug interaction will cause an adverse effect.

You generally take more medications as you get older. The doctor prescribes a statin to lower cholesterol, a steroid spray for allergies, a proton pump inhibitor for reflux, and a painkiller for the knee that’s still sore after that running injury a few years back. But too many medications, sometimes referred to as polypharmacy, can become a problem — the more medicines you take, the greater the chances one medication will have a negative interaction with another and cause a serious adverse effect.

At some point, you and your doctor may need to ask a fundamental question: Do you need all of these medications?

“It’s always a little bit of detective work to figure out where the medications came from — who prescribed them and when,” says Gregory Ouellet, MD, MHS, a geriatrician at Yale Medicine’s Dorothy Adler Geriatric Assessment Center.

Adverse drug events, or unexpected medical problems that occur during treatment with a drug or other therapy, cause 1.3 million emergency department (ED) visits in the United States each year and about 350,000 hospitalizations, according to the Centers for Disease Control and Prevention (CDC).

These medical events are most common among older people — those over 65 are nearly seven times more likely than younger people to be admitted to the hospital after an ED visit, and most of the time that visit is due to a negative drug interaction. “It only takes one unnecessary medication or a negative drug combination to cause a serious problem,” says Karen Jubanyik, MD, an emergency medicine specialist.

In many cases, you may not need all the medications you’re taking, says Marcia Mecca, MD, a Yale geriatrician who directs a “de-prescribing” program at the Veterans Affairs (VA) Connecticut Healthcare System in West Haven called IMPROVE (Initiative to Minimize Pharmaceutical Risk in Older Veterans Polypharmacy Clinic). The clinic’s sole purpose is to eliminate unnecessary medications and help avoid emergency room visits for patients who are 65 or older, have multiple chronic conditions, and take 10 or more medicines a day.

“We look at people’s medication lists carefully — especially if they have a new concern, are having trouble with their memory, or are at risk for falling,” Dr. Mecca says. It’s a process that involves listening to the patient and learning about what they want and expect from a given medication, she says.

Is polypharmacy a communication issue?

One phenomenon Dr. Ouellet has seen is what’s called the prescribing cascade. “Basically, a patient was started on one medication, had side effects from that, and then was given another medication to deal with the side effects of the first,” he says. “Soon the patient has multiple medicines interacting and causing symptoms.”

Another scenario Dr. Jubanyik sees is a patient taking two types of the same treatment — for instance, a primary care doctor may have prescribed a diuretic, and then a cardiologist — who didn’t know about the first prescription — prescribes another one.

Yet another issue involves a misunderstanding of instructions. “I worked with a patient who had been taking an allergy medication year-round for decades only to learn it was for allergy season only,” says Dr. Mecca.

Many medication problems aren’t diagnosed until patients end up in the ED, where they are surprised when a doctor recommends they eliminate one, says Dr. Jubanyik.

When Dr. Jubankyik suspects a new patient in the ED is experiencing an adverse drug reaction, she works with pharmacists to investigate, often searching the patient’s electronic medical record (EMR), which she says is an invaluable tool. Before EMRs were in place, clinicians had to rely on their patients for information about current prescriptions. Or if they were lucky enough to get a paper chart for a patient, providers often had to analyze poor handwriting, buried deep in the chart, to come up with a medication list. It was often difficult to tell which medications a patient was still supposed to be taking and which medications had been discontinued.

Even with EMRs, physicians still run into problems when patients see multiple providers who each prescribe a number of medications. One medical specialist may be hesitant to interfere with a prescription made by a doctor in a different specialty, Dr. Jubanyik says. “It’s hard to tell a patient to stop taking a medication prescribed by another provider. We wouldn’t want to undermine the therapeutic alliance between the other clinician and the patient. There is a possibility that there are legitimate reasons for the medication to be prescribed,” she adds. “The explosion of specialists and hyper-specialists has made it more likely that patients will see multiple prescribing providers. Best practice dictates that they all talk frequently about each patient’s medication regimen, but realistically that does not happen.”

She recommends using pharmacist colleagues to oversee and monitor multi-provider prescribing to best advocate for the patients.

Drugs that are common culprits

There is no “one-size-fits-all” approach to eliminating medications, says Dr. Mecca. “Each patient is unique, and the approach for one patient is different than for another,” she says. Guidelines are a starting place. One resource doctors turn to is the American Geriatrics Society Beers Criteria, which is updated every few years (last updated in 2019). Beers includes multiple tables of medications with recommendations on drugs to avoid or use with caution in older patients, and known drug-disease and drug-drug interactions.

“There is a host of drugs that can cause problems,” says Dr. Jubanyik. For older people, many of the ED visits that lead to hospitalizations are because of a handful of common drugs, such as blood thinners; opioid analgesics, which have contributed to deaths from overdoses; and medications that require routine monitoring with blood tests, according to the CDC.

What’s more, some medications and combinations of medications can affect a person’s ability to think and concentrate, and cause confusion, memory loss, and delusions — symptoms that can be mistaken for dementia or Alzheimer’s disease. For older people, sedative, hypnotic drugs such as zolpidem, diazepam, and alprazolam “can really cloud their picture and make the memory worse,” Dr. Jubanyik says. “Some drugs that calm down a younger patient can have a paradoxical reaction in older patients, causing them to grow agitated and confused, and putting them at higher risk for dizziness and falls.”

Why drugs are so complicated for older people

Drugs affect the aging body differently and having this information can help people make better choices about the drugs they take. For instance, physical changes that come with aging can cause the kidneys to take longer to clear medications, which can essentially mean they’re experiencing the effects of a higher dose, says Dr. Mecca. What’s more, the liver and kidneys are the major organ systems that metabolize and clear out the byproducts of medication, and a 90-year-old’s organs are not going to function the same as a 30-year-old’s, Dr. Jubanyik says, noting that medication that doesn’t leave a person’s system can accumulate and become toxic.

Another important piece of information relates to a drug’s long-term benefit. “Many medications for chronic diseases are focused on reducing the risk of a bad outcome in the future. In studies, we see that there is often a lag time — from months to years — from starting a medication to seeing an actual reduction in the risk of a bad outcome,” adds Dr. Ouellet. “If the typical time to see a benefit is longer than a patient’s life expectancy, we may be subjecting them to adverse effects with little chance of benefit.”

Opioid medications can raise difficult questions as well, says Dr. Jubanyik, who has seen cases where patients at the end of life were prescribed opioids for pain with the assumption that they would not need to worry about addiction. But then, because of a new treatment, a patient lived longer than expected and continued to take the opioids, she says. “Family members are surprised when their grandmother becomes dependent, but there is nothing special about an 80-year-old’s brain that protects it from becoming dependent on a medication,” she says.

Underlying all of these issues is that there isn’t always good data around how a particular drug will affect an older person — clinical trials to prove safety and effectiveness usually focus on younger patients, Dr. Jubanyik says. That means a doctor prescribing a medication to an older person doesn’t always have a clear roadmap of what to expect. “Drug companies, looking at a drug that will be used mostly in 50- or 60-year-olds, don’t tend to include many 90-year-olds, who might have multiple chronic diseases, in their clinical trials. They are not going to study it in people who are on several other medications, either,” she says. “But, once that drug is approved, you learn a lot more. In thousands and thousands of older people, you start to see side effects that weren’t anticipated.”

For these reasons, bring your pill bottles (with the original labels that include details like proper dosage) to doctor appointments and pharmacy trips, says Dr. Ouellet. Toss in over-the-counter medicines and vitamin supplements and be prepared to talk about foods or beverages that contain ingredients like caffeine.

If you are seeing multiple specialists, doctors encourage you to review medications regularly with all of them.

Even after doctors help patients eliminate medications, the daily pill regimen can be overwhelming, says Carolyn Fredericks, MD, a neurologist. She sees this become especially problematic among those with cognitive issues or dementia and says some patients will need a family member or a hired caregiver to help. Dr. Fredericks also recommends asking the pharmacy to provide medications in a blister pack so pills can be punched out each day, leaving a record of how many were taken. Another solution is to set up reminders on a mobile phone.

Or you can go low-tech. “A pill organizer box helps,” Dr. Fredericks says. Pillboxes range from simple and inexpensive ones to tech-savvy ones that make a sound when it’s time to take a pill; some of the tech-heavy ones can cost hundreds of dollars. “Even a basic one is better than nothing,” says Dr. Fredericks, adding that for some people it’s the best choice. “All the bells and whistles are great, but you want to make sure it’s something you can set up that you don’t have to be constantly rethinking. If the person is 90, they may not be technical or understand Bluetooth.”

In the end, doctors suggest trying the method of keeping track of medications that works best for you. “Missing a dose or two can lead to significant problems,” Dr. Fredericks says. “Medication only helps if it’s taken properly.”