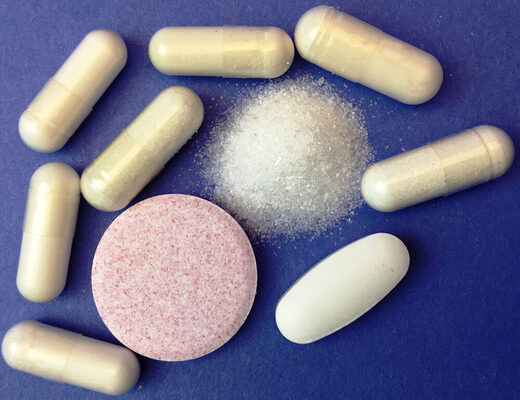 N-acetylcysteine (NAC) has a long history of use as a first-aid remedy for acetaminophen poisoning. Emergency room physicians will administer it in cases when you’ve taken an overdose of Tylenol or other acetaminophen products. The way it neutralizes the toxic effects of the drug is by recharging glutathione, thereby preventing liver damage.

Interestingly, NAC may also be useful against COVID-19, as explained by pulmonologist Dr. Roger Seheult in the MedCram lecture [below]. By raising glutathione, it helps combat oxidative stress, which is a main factor in the cytokine storm associated with COVID-19.

A recent literature analysis1 linked glutathione deficiency to COVID-19 disease severity, leading the author to conclude that NAC may be useful both for prevention and treatment. NAC may also combat the abnormal blood clotting seen in many cases, and helps loosen thick mucus in the lungs.

FDA Cracks Down on NAC

Interestingly, with COVID-19 treatment as a new indication, the U.S. Food and Drug Administration is now suddenly cracking down on NAC, claiming it is excluded from the definition of a dietary supplement, as it was approved as a new drug in 1985.2 As such, NAC cannot be marketed as a supplement.

You certainly would not suspect this looking at the supplement market. As reported by Natural Products Insider,3 there are no fewer than 1,170 NAC-containing products in the National Institutes of Health’s Dietary Supplement Label Database.

Be that as it may, July 29, 2020, FDA announced4 it has issued warning letters to seven companies that market NAC as a remedy for hangovers. According to the FDA:

A hangover can occur after alcohol intoxication. Alcohol intoxication, like all poisonings, causes dose-related dysfunction and damage, ranging from mild impairments to death … The products outlined in these letters, which are labeled as dietary supplements, are unapproved new drugs and have not been evaluated by the FDA to be safe and effective for their intended use.

Members of the Council for Responsible Nutrition have expressed concern that the warning letters may indicate the FDA is considering targeting NAC more widely.

While the FDA makes no mention of COVID-19 in its warning letter, the timing of its crackdown on NAC marketed for hangovers is interesting, seeing how news of its potential benefits against the viral infection have come into circulation, and research is now underway to assess whether it might be used in the treatment of COVID-19.

At present, seven studies involving NAC for COVID-19 are listed on Clinicaltrials.gov.5 Time will tell whether the FDA ends up trying to block access to NAC supplements, similarly to the way hydroxychloroquine access has been stifled.

The idea that NAC can be helpful against viral infections is not new. Previous studies have found it reduces viral replication of certain viruses, including the influenza virus. As reported by board-certified nutritionist Joseph Debé:6

NAC was tested in a 6-month human study7 of influenza. It was a randomized, double-blind, placebo controlled trial involving 262 people. Half of the subjects received 600 mg of NAC, the other half received placebo, twice daily for 6 months.

NAC was found to improve immune function and reduce the severity of influenza infections. Both groups had similar infection rates with A/H1N1 virus influenza. However, whereas 79% of placebo-treated people had symptomatic infections, only 25% of subjects treated with NAC were symptomatic!

There were a total of 99 flu-like episodes (symptomatic periods) that occurred in 62 people in the placebo group over the 6 month study. 48% of these were classified as mild, 47% were moderate, and 6% were severe.

In the NAC group, 46 flu-like episodes occurred in 37 subjects. 72% of these were mild, 26% were moderate and only 2% severe. There were many fewer days of being bedridden in the NAC group.

It’s worth noting that the number needed to treat (NNT) in the study8 cited by Debé is 0.5, which means for every two people treated with NAC, one will be protected against symptomatic influenza.

That’s significantly better than influenza vaccines, which have an NNV (number needed to vaccinate) of 71,9 meaning 71 people must be vaccinated to prevent a single case of confirmed influenza. It’s even better than vitamin D, which has an NNT of 33.10 Even among those with severe vitamin D deficiency at baseline, taking vitamin D still had an NNT of 4.

NAC has also been shown to inhibit the expression of pro-inflammatory cytokines in cells infected with highly pathogenic H5N1 influenza virus. According to the authors of such a study:11

NAC inhibits H5N1 replication and H5N1-induced production of pro-inflammatory molecules. Therefore, antioxidants like NAC represent a potential additional treatment option that could be considered in the case of an influenza A virus pandemic.

Proinflammatory cytokines play a crucial role in COVID-19 severity. Researchers have confirmed that in severe cases, cytokines such as interleukin-6 (IL6), interleukin-10 (IL10) and TNF-ɑ are all elevated.12 Once they reach excessive levels, a so-called cytokine storm develops, causing significant tissue damage. NAC may be able to inhibit this damaging cascade.

A paper13 published in the October 2020 issue of Medical Hypotheses reviews the potential therapeutic benefits of NAC in the battle against COVID-19 specifically. According to the authors:

COVID-19 … continues to spread across the globe. Predisposing factors such as age, diabetes, cardiovascular disease, and lowered immune function increase the risk of disease severity.

Lower cellular redox status, which leads to pro-inflammatory states mediated by TNF-ɑ is also potentially implicated. In vivo, in vitro, and human clinical trials have demonstrated N-acetylcysteine (NAC) as an effective method of improving redox status, especially when under oxidative stress.

Mediation of the viral load could occur through NAC’s ability to increase cellular redox status via maximizing the rate limiting step of glutathione synthesis, and thereby potentially decreasing the effects of virally induced oxidative stress and cell death.

We hypothesize that NAC could act as a potential therapeutic agent in the treatment of COVID-19 through a variety of potential mechanisms, including increasing glutathione, improving T cell response, and modulating inflammation.

A second report14 reviewing the evidence for using NAC in the treatment of COVID-19 was published April 14, 2020, by The Centre for Evidence-Based Medicine at the University of Oxford.

How NAC May Protect Against COVID-19

To fully understand how NAC might protect against COVID-19, a short lesson in biochemistry is useful. Following is a summary of Seheult’s presentation, featured in the video above.

Not only does superoxide play a crucial role in the oxidative stress associated with the comorbidities for COVID-19, such as obesity, heart disease and diabetes, but superoxide-driven oxidative stress is also at the heart of serious COVID-19 infection. Now, your body has built-in defenses against oxidative stress. These defenses include:

– Catalase, which converts hydrogen peroxide into oxygen and water

As noted by Seheult, serious COVID-19 infection triggers a perfect storm of superoxide-driven oxidative stress, as SARS-CoV-2 attaches to the ACE2 receptor, triggering angiotensin 2 (AT-2), which stimulates superoxide. Simultaneously, there’s a deficiency of AT-1,7, which inhibits superoxide. This deficiency allows superoxide to accumulate further.

SARS-CoV-2 also attracts polymorphonuclear leukocytes (PMNs), a type of white blood cell, which also produces superoxide in its efforts to destroy pathogens. All of that superoxide is then converted into other ROS that destroy endothelial cells.

This down-spiral can be inhibited by NAC, as it boosts GSSG. As illustrated in Seheult’s graphic below, when you add two GSH molecules and hydrogen peroxide together, you end up with oxidized glutathione and harmless water, thereby alleviating the oxidative stress.

Previous studies have also shown NAC helps improve a variety of lung-related problems, including pneumonia and acute respiratory distress syndrome (ARDS),16 both of which are common characteristics of COVID-19. It’s also been shown to speed recovery, reduce intensive care unit (ICU) stays and reduce the need for mechanical ventilation among those with respiratory problems. Such studies include:

NAC Protects Against Blood Clots Too

In this MedCram video, Seheult reviews the abnormal blood clotting aspects of COVID-19. Interestingly, NAC addresses this problem too, as several studies22,23,24,25 have confirmed it counteracts hypercoagulation and reduces the risk of blood clots and stroke.

As noted in one of these studies,26 “NAC has anticoagulant and platelet-inhibiting properties.” It also has potent thrombolytic effects, meaning it breaks down blood clots that have already formed.27 According to another study,28 NAC protects against stroke in part by enhancing GSH and correcting antioxidant levels.

Seheult’s hypothesis for why NAC may be useful against COVID-19 can be summarized as follows: SARS-CoV-2 attaches to and reduces the ACE2 receptor, which causes AT-2 to increase and AT-1,7 to decrease. This in turn increases damaging superoxide that causes oxidative stress and endothelial cell dysfunction.

It is important to note that COVID-19 is not just a respiratory disorder, but also a vascular disorder that causes blood clots, which impair the ability to exchange oxygen in the lungs.

Fortunately, the sulfur in NAC (from cysteine) also reduces the intrachain disulfide bonds by von Willebrand factors that have polymerized by dissociating the sulfur bonds holding them together thus contributing to the clot. Once von Willebrand factor sulfur bonds are broken, the clots starts to dissolve and the blood vessels open up again allowing for exchange of oxygen and carbon dioxide.

Interestingly, NAC’s mechanism of action does not appear to increase bleeding disorders like heparin or coumadin would, and appears to provide a safer alternative to these agents. This suggests that the “H” of heparin in the MATH+ protocol could simply be replaced with NAC.

Overall, the more we learn about COVID-19, the more we come to find there may be simple and inexpensive ways to treat this perplexing illness. NAC in particular looks like a good candidate for consideration. An added boon is NAC’s excellent safety profile. As noted by Seheult, many studies have shown there are no serious adverse effects associated with its use.