If we can learn from anyone – why is it so hard to take advice? 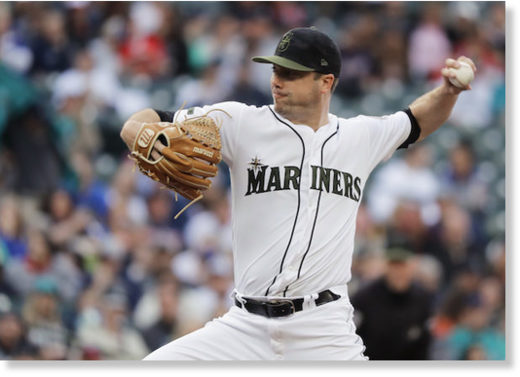 If we can learn from anyone – why is it so hard to take advice?

“Ask for money, get advice. Ask for advice, get money twice.” – Armando Christian Perez (aka the rapper “Pitbull”)

One morning in July of 2011, a taxi sat idling outside Petco Park stadium in San Diego, and Wade LeBlanc, struggling pitcher for the Padres, climbed in. “To the airport, please,” he told the driver. LeBlanc was headed to Tucson, home of the club’s triple-A affiliate. He’d been sent down to the minors. Again.

Eight times in the last three years LeBlanc had clawed his way up to the big league only to blow his chance and be sent packing. It was all becoming a cosmic test of character in a career that had started so promisingly, when the Padres drafted him out of college, in 2006, on the strength of his tricky change-up.

“You got some good stuff.”

This surprised the pitcher, after the previous night’s disastrous performance.

“I think there’s some things you should think about trying, some things that might make a difference,” the driver continued. “I don’t know, I’m not a player. Maybe something like going over your head in your windup.”

Wait, what? This guy was offering … advice? Earlier in his career, LeBlanc might have laughed. Or been pissed. But today he just sat and listened. He couldn’t afford to dismiss anything. His career was on the line.

The next day in Tucson, LeBlanc huddled up with the pitching coach. He said he was thinking about tinkering with his windup. Instead of keeping his hands tight to his chest at the beginning of his delivery, he raised them briefly over his head, as the cabbie had suggested.

LeBlanc incorporated the new move into his next start. And he was brilliant, allowing only one hit over seven innings. It was, in retrospect, the turning point in his career. Eight years later, LeBlanc is a pitcher for the Seattle Mariners. Just last year he signed the first contract extension of his major-league baseball career-at age 33.

Funny thing about advice: We so often take it from the wrong people. That is, we overvalue the advice of credentialed experts while undervaluing the input of regular folk. Wade LeBlanc bucked that trend big-time, and in his case at least, he reaped the benefits.

One of the reasons advice-taking is problematic for so many of us is that status matters-a lot. A cognitive quirk called “optimismbias” endows most of us with a general hopefulness that things will work out, even when the odds suggest otherwise. And optimism bias gets ratcheted up, researchers have found, when the person offering advice is seen as an expert. The expert’s powerful bona fides boost the expectation of success if we listen to them – even though our confidence often proves wrong.

“Expert advisors often make surprisingly unrealistic predictions about the future, yet people take their advice nonetheless,” concluded Stanford psychologists in a study published last year. Now, not everyone heeds experts’ advice. True to status theory, powerful people are much less likely to do so, Harvard researchers found. “High-power participants in the study ignored almost two-thirds of the advice they received. Other participants – the control and low-power groups – ignored advice about half as often.” The more powerful people become, the smaller the pool of advisors they trust to steer them right. So it required a massive leap of modesty to do what Wade LeBlanc did: hear what the taxicab driver was offering him, and accept it as a gift.

A couple of years ago, filmmaker M. Night Shyamalan found himself in a similar spot to LeBlanc – and likewise benefited from advice from a humble source. This time it wasn’t a taxi driver but a critic.

Shyamalan was puzzled by why his movies were so divisive: People either loved them or hated them. After the huge commercial and critical success of The Sixth Sense, his fortunes had grown cloudier. Box-office was decent, but critics had turned on him. One likened his psychological thriller The Village to an episode of Scooby-Doo. But instead of shrugging off this critic as a poser who never walked in a real filmmaker’s shoes so doesn’t get a vote (as Brene Brown once put it, “For me, if you’re not in the arena getting your ass kicked I’m not interested in your feedback”), Shyamalan wondered instead if there might be something to the dig. His signature as a filmmaker was a kind of genre-bending twist: You think you’re watching one kind of film and then it morphs into something different. A drama becomes a psychological thriller. A psychological thriller goes supernatural. A supernatural thriller becomes a horror film. Each transition shifts the intensity. But for the technique to work, the intensity must escalate. And in The Village, it didn’t. The stakes fell rather than rose.

Shyamalan shelved his ego and took the criticism to heart. “Don’t pretend you’re not hurt by what that dude just said,” he explained to the psychologist Adam Grant, but “don’t deny the feeling, either. Go with it.”

Shyamalan stuck to the intensity-uptick template in his next film, Split, which was quirky even by his standards. His own agent didn’t think he could sell it, so Shyamalan financed it himself. It became the most profitable picture of 2017. And it won back his critics.

In some ways this all seems more complicated than it need be. Shouldn’t we just welcome feedback from all comers? What have we got to lose? If the advice is bad, we can ignore it, and if it’s good it’s a benefaction. Life’s too short to ignore potentially helpful input out of vanity.

But it turns out it’s hard to be rational about comments from the peanut gallery. Most of us aren’t much good at taking advice from anyone. We tend to put more stock in our own opinions than the opinions of others, owing to yet another cognitive blind spot called “egocentric bias.” It’s frankly easier to believe that our critics are too thick to grasp our genius, or are just jealous, or have some kind of agenda, than to allow that they may be right.

The required leap of humility is big ask. One useful trick comes not from Western psychology but from Eastern philosophy.

“Imagine that every person in the world is enlightened but you,” the American Buddhist interpreter Jack Kornfield once put it. “They are all your teachers, each doing just the right things to help you learn.” The Korean Zen monk Haemin Sunim takes things a step further, proposing an almost George Costanza-ish feat of cognitive ju-jitsu. When someone’s coming at you with reproval, that’s when you need to lower your defenses, not raise them. Because your critics are the ones doing you the real favors: “Those who give you a hard time, they are your teachers in disguise.”

Bruce Grierson is a freelance writer with a focus on science and sport. He is the author of U-Turn: What If You Woke Up One Morning and Realized You Were Living the Wrong Life? as well as What Makes Olga Run?, a forensic exploration of the psychology and physiology of masters athletes. He has written for Time, the New York Times Magazine, Scientific American, The Guardian, Popular Science, Pacific Standard, the Walrus, and Psychology Today, among many other publications. He lives with his wife and two daughters in North Vancouver, BC.