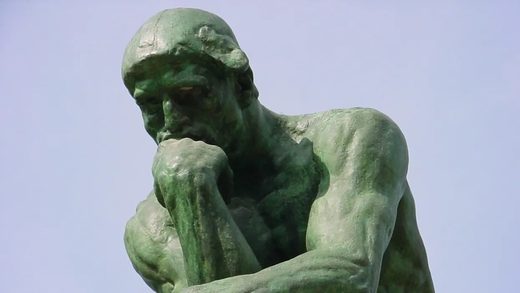 If there’s one thing that humans can’t stop thinking about, it’s death. But new research published in the journal Nature suggests that all that thinking might be the very thing that brings death on.

More precisely, researchers discovered that higher neural activity has a negative effect on longevity. Neural activity refers to the constant flow of electricity and signals throughout the brain, and excessive activity could be expressed in many ways; a sudden change in mood, a facial twitch, and so on.

“An exciting future area of research will be to determine how these findings relate to such higher-order human brain functions,” said professor of genetics and study co-author Bruce Yankner. While it’s probably not the case that thinking a thought reduces your lifespan in the same way smoking a cigarette does, the study didn’t determine whether actual thinking had an impact on lifespan — just neural activity in general.

The role of REST

To say this was an unexpected finding is an understatement. We expect that aging affects the brain, of course, but not that the brain affects aging. These results were so counterintuitive that the study took two additional years before it was published as the researchers gathered more data to convince their reviewers. Yankner was forbearing about the delay. “If you have a cat in your backyard, people believe you,” he said. “If you say you have a zebra, they want more evidence.”

Yankner and colleagues studied the nervous systems of a range of animals, including humans, mice, and Caenorhabditis elegans, or roundworm. What they found was that a protein called REST was the culprit behind high neural activity and faster aging.

First, they studied brain samples donated from deceased individuals aged between 60 and 100. Those that had lived longer — specifically individuals who were 85 and up — had unique gene expression profile in their brain cells. Genes related to neural excitation appeared to be underexpressed in these individuals. There was also significantly more REST protein in these cells, which made sense: REST’s job is to regulate the expression of various genes, and it’s also been shown to protect aging brains from diseases like dementia.

A path to longevity 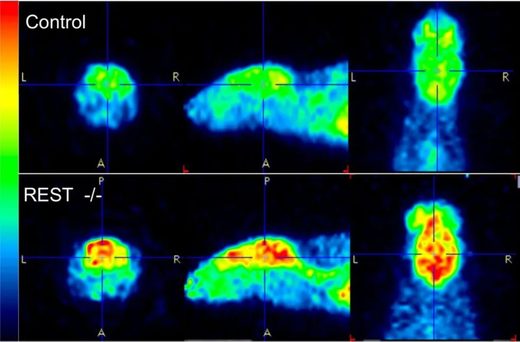 Higher levels of REST proteins appeared to activate a chain reaction that ultimately led to these increases in longevity. Specifically, REST suppressed the expression of genes that control for a variety of neural features related to excitation, like neurotransmitter receptors and the structure of synapses. The lower levels of activity activated a group of proteins known as forkhead transcription factors, which play a role in regulating the flow of genetic information in our cells. These transcription factors, in turn, affect a “longevity pathway” connected to signaling by the hormones insulin and insulin-like growth factor 1 (IGF1).

This longevity pathway has been identified by researchers before, often in connection with possible benefits to lifespan from fasting. Additionally, the insulin/IGF1 hormones are critical for cell metabolism and growth, features which relate to longevity in obvious ways.

The most exciting aspect of this research is that it offers targets for future research on longevity, possibly even allowing for the development of a longevity drug. For instance, anticonvulsant drugs work by suppressing the excessive neural firing that occurs during seizures, and in studies conducted on roundworms, they’ve also been shown to increase lifespan. This recent study shows that this connection might not be coincidental. Similarly, antidepressants that block serotonin activity have also been shown to increase lifespan. Dietary restriction has long been implicated in promoting longer lifespans as well. Dietary restriction lowers insulin/IGF1 signaling, which this study showed affects the REST protein and neural activity. More research will be needed to confirm or reject any of these possibilities, but all represent exciting new avenues to explore, possibly resulting in the extension of our lifespans.