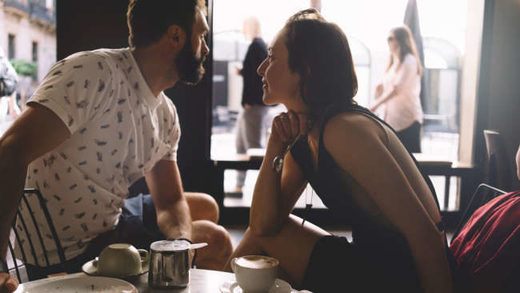 The old cliché of psychopaths being smooth-talking charmers might not be far wrong, at least according to a new study.

The study carried out by psychologists from Brock University and Carleton University in Canada claims that young women are more attracted to men with stronger psychopathic personality traits, despite these prospective partners having little interest in a committed relationship.

Reporting in the journal Evolutionary Psychological Science, the researchers wanted to follow up on “reports” that psychopathic traits were attractive in potential romantic partners, despite the known pitfalls of entering interpersonal relationships with psychopaths.

For the first part of their study, the researchers recruited 46 men, aged 17 to 25, and gauged psychopathy and social intelligence using a filmed fake date scenario with a female research assistant for about 2 minutes. According to the study, the majority of the male participants (89 percent) self-reported as heterosexual.

The men were asked questions like “what do you like to do on a first date?” or “what do you think is most important in a relationship?” but otherwise the conservation was left to flow. The male participants also completed assessments of psychopathy, social intelligence, and sociosexuality (their tendency to engage in uncommitted sexual relationships).

Given what we know about people with psychopathic tendencies, this is perhaps surprising. Psychopathy is one of the original “dark triad” personality traits, alongside Machiavellianism, and narcissism, although other traits that come under the umbrella include egoism, spitefulness, self-interest, moral disengagement, and physiological entitlement. (Want to know how you score on the dark triad personality test? Take the quiz here.)

While these might not necessarily sound like attractive qualities on the surface, the researchers argue that people with these traits appear to possess other traits that make them appear desirable, especially in regards to a close relationship. Nevertheless, the study only looked at how attractive mostly heterosexual women found men with psychopathic tendencies; it remains unclear whether men find women with psychopathic traits attractive and likewise with same-sex couples.

“Psychopathic men have a personality style that makes them appear attractive to women in dating encounters. This may be because they are extra confident or feel at ease or know exactly what to say to get the attention of women,” lead author Kristopher J. Brazil told PsyPost.

“More research needs to be done on this, but whatever the reason, our research shows that psychopathic traits certainly don’t seem ‘disordered’ like dominant clinical approaches assume. There is something in this personality style that may provide individual benefits (not that they don’t also have costs), which makes us think it is not a disorder.”