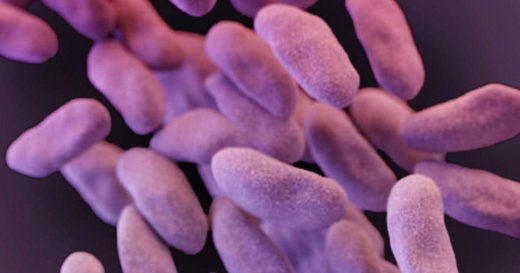 A new report from the Centers for Disease Control and Prevention indicates that we are losing ground in the battle against so-called superbugs — the harmful or deadly bacteria resistant to nearly all our antibiotic defenses. William Brangham talks to Dr. Arjun Srinivasan, who works on infection control at the CDC and helped compile the report, about how we can prevent these dangerous infections.

Judy Woodruff: A new report out from the U.S. Centers for Disease Control highlights that we are still losing the battle against so-called superbugs, bacteria that are resistant to nearly all the antibiotics.

As William Brangham tells us, the scope of the problem is bigger than previously estimated.

William Brangham: The CDC’s new report shows that, while overall deaths from these superbugs are decreasing, new infections are rising. Federal health officials say it shows how far we still have to go.

These superbugs exist largely because of the overuse and misuse of antibiotics, which allows the targeted bacteria to develop defenses against them, which makes those lifesaving drugs less and less effective.

According to the CDC, about 35,000 people die every year from these infections. The majority of these deaths are from people getting infected in hospitals and other health care settings. More than 2.8 million new infections occur every year. That’s about one new infection every 11 seconds.

For more on all this, I’m joined now by Arjun Srinivasan, who works on infection control at the CDC and helped put together this report.

Dr. Srinivasan, thank you very much for being here.

Before we get into some of the granular details of this report, I wonder if we could talk about the broader scope of this problem. I mean, I think, by any public health measure, almost three million infections every year is a lot of infections.

And thanks for having me, William.

It is. It’s a huge number. It’s a staggering burden. And that burden is really why we have been calling attention to this problem for several years.

The burden is larger than we thought it was. We knew that our report in 2013 was a conservative estimate. We recognized it was likely an underestimate. It was the best information we had at the time, and now we have better information, and we have put out a new number.

William Brangham: Some of these infections, we know, are life-threatening. Some of them are not.

Can you just describe, what kinds of infections are we talking about?

And, as you mentioned, we know that roughly 35,000 people every year don’t survive one of these infections. So it’s a huge gamut. But for each individual person, this is a serious occurrence, right? This is pain, it’s suffering.

So it’s important that we not underestimate or that we trivialize any one of these 2.8 million infections. For the person who gets it, it’s a serious infection.

William Brangham: One thing that obviously stands out is the declining number of deaths. It’s an 18 percent overall reduction, nearly 30 percent in hospitals alone.

I think that is straight-up good news. What is driving that decline?

It is really encouraging. And for some people who have seen this report, it a little bit flies in the face of what we have come to expect, what conventional wisdom is with antibiotic resistance.

There was a lot of suspicion out there, and people who said, once resistance begins to develop, there’s just nothing you can do, you will never see it go back down.

This report shows that you can, in fact, put the genie back in the bottle to a certain extent. We’re seeing the number of deaths have gone down. The number of infections with many of these important pathogens, especially in health care, has gone down.

What’s driving that? We really do think it’s the hard work of people, especially in hospitals, where we have seen the biggest decreases. It’s the day-in and day-out work of people paying attention to cleaning their hands, wearing gowns and gloves when it’s necessary to care for these patients, working to improve antibiotic use.

Some of these things are — seem relatively simple. None of them are easy to do every day taking care of every single patient. But that hard work is paying off, and we really want to acknowledge the work that people are doing and encourage them to keep at it.

Those efforts, your efforts are making a difference. Keep it up. It’s saving lives.

William Brangham: You mentioned this issue of better antibiotic use. This obviously dovetails with one of the reasons why these superbugs emerged in the first place.

For individuals who might be listening out there, what would you tell them about best practices for themselves, for their family, for their communities?

Dr. Arjun Srinivasan: You know, antibiotics are lifesaving medications. They improve the quality of life.

And when you have an infection that needs an antibiotic, you definitely need an antibiotic. And that’s why we’re here, right? We want those antibiotics to be available and effective when we need them.

But we know too often in the United States, both in hospitals and in outpatient settings, in doctor’s offices, we are prescribing antibiotics when they’re not needed. And it’s really important for people to know that, if you take an antibiotic when you don’t need one, you are exposing yourself to all sorts of potential side effects from antibiotics.

William Brangham: All right, Dr. Arjun Srinivasan at the Centers for Disease Control, thank you very, very much.

Dr. Arjun Srinivasan: Thank you so much.