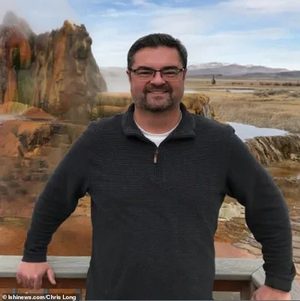 A Nevada man discovered his DNA had changed after a bone marrow transplant and had been replaced, in part, by that of his German donor.

Chris Long, from Reno, found that not only had his blood swapped, but his semen was also changed, following his treatment for leukemia.

Long, who works at Washoe County Sheriff’s Department, told The New York Times: ‘I thought that it was pretty incredible that I can disappear and someone else can appear.’

Now his police colleagues are looking into how such changes could affect criminal cases and forensic work.

Long, who is in remission from acute myeloid leukemia and myelodysplastic syndromes, had agreed to have swabs collected to monitor any changes. 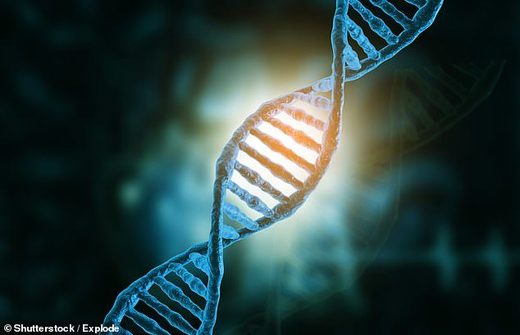 Darby Stienmetz, a criminalist at the Washoe County Sheriff’s Office, said: ‘We were kind of shocked that Chris was no longer present at all.’

Renee Romero, who ran the crime lab at the Washoe County Sheriff’s Office, said she told Long: ‘We need to swab the heck out of you before you have this procedure to see how this DNA takes over your body.’

Long found that all the DNA in his blood had changed three months after his operation. It was four years later he discovered that parts of his lips and cheeks also contained the DNA of his donor.

The change has made him a chimera, which means he has two sets of DNA.

Only his chest and head hair were not affected, according to all the samples taken.

It should not affect a person’s personality confirmed Andrew Rezvani, the medical director of the inpatient Blood & Marrow Transplant Unit at Stanford University Medical Center.

He said: ‘Their brain and their personality should remain the same.’

But it has been reported to have swayed criminal cases, including in Alaska in 2004.

After a DNA profile matched a suspect already in prison, investigators found he had actually received a bone marrow transplant from his brother who was eventually convicted.

Long’s police colleagues at Washoe County Sheriff’s Department, pictured, are now looking into how such changes could affect criminal cases and forensic work

In 2006, another woman named Lydia Fairchild, of Washington state, discovered that she was not the mother of her children when she underwent testing as a requirement for applying for government aid following the breakdown of her relationship with the children’s father.

The children were nearly removed from her custody before extensive testing revealed that she was a Chimera, and therefore her own twin.

But in terms of having children Dr Rezvani said: ‘There shouldn’t be any way for someone to father someone else’s child.’

Chimerism occurs when a person is left with two sets of DNA, blood cells and immune systems.

It can happen after a bone marrow transplant or when a person absorbs their twin who died in the womb.

Chimera comes from a Greek mythological creature that was composed of a goat, lion and snake.

Most cases have no symptoms, with people being unaware they have the condition.

Some people with chimerism may have different eye colours, or patches of different skin tones or sections of hair.