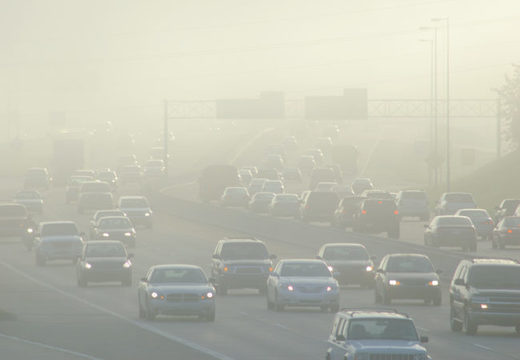 Air pollution takes a toll on the whole body, contributing not only to physical risks but also mental health problems. Worldwide, it’s responsible for more than 4 million deaths per year, contributing to stroke, heart disease, chronic respiratory disease, lung cancer and more. But according to a new analysis published in the Annals of the American Thoracic Society, there is a silver lining: improving air quality can quickly provide significant health benefits.

Researchers found that as early as two weeks after a pollution source is removed, hospital visits are reduced and respiratory symptoms experienced by residents improve. As early as two months after the source of pollution is removed, mortality rates may drop as well.

The analysis referenced previous cases in which temporary air pollution reduction led to major health differences in residents. In one case, a steel mill in Utah Valley closed for 13 months, resulting in lower hospitalizations linked to pneumonia, bronchitis and asthma. School absences were also reduced by 14%, and there was a 16% decrease in mortality.

Another case examined was in 1996 in Atlanta, Georgia. The downtown area was closed to private vehicles and the public transportation system was running 24 hours a day. Over the closure period, which lasted 17 days, peak daily ozone concentrations were reduced by 28%. Over the next month, pediatric emergency room visits were reduced by 11% and overall hospitalizations due to asthma were reduced by 19%.