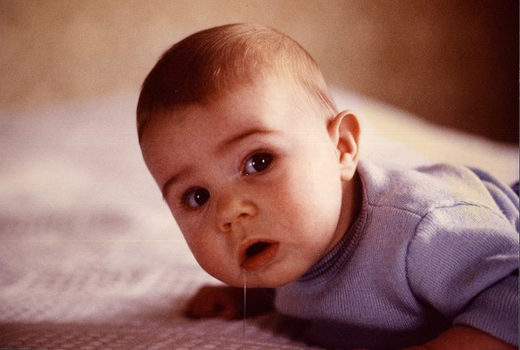 Baby boys born small for their gestational age have a greater chance of infertility as adults than those born at an average weight, research suggests.

About one in seven heterosexual couples in the UK experience infertility, meaning a year or more of trying for a baby without conceiving, figures show.

But while the focus is often on women’s reproductive health, men’s fertility problems are a problem of equal proportion, with both accounting for about a third of known causes of difficulties conceiving. The remaining third are down to unclear causes.

Now experts say they have found men have a higher risk of infertility if they were born with a weight in the lowest 10% for their time spent in the womb.

“Our results show that sometimes we must look at the very early life to find explanations of health problems that occur later in life,” said Anne Thorsted, co-author of the research from Aarhus University in Denmark.

Writing in the Human Reproduction journal, Thorsted and colleagues reported how they analysed health data for almost 11,000 people born between 1984 and 1987 in two Danish cities.

Birth weight and gestational age were gleaned from birth records, while two national registries were used to explore whether individuals had been diagnosed with infertility or sought fertility treatment up until the end of 2017. Just over 10% of both men and women were born small for their gestational age.

In addition, questionnaires completed by participants’ mothers when pregnant were used to gain information on factors such as maternal smoking – a factor known to be linked to having a smaller baby.

The results revealed no link between birth weight for gestational age among baby girls and infertility in adulthood. But for men the picture was different. Taking into account factors including the mother’s pre-pregnancy body mass index, whether the parents lived together, age of the mother and maternal smoking, the odds of infertility as an adult were 55% worse for boys born below weight than for boys born at an average weight for their gestational age.

The analysis suggested 8.3% of boys born small for gestational age experienced infertility as adults compared with 5.7% of those born at an average weight.

However, the link was no longer apparent once the team excluded men who had certain genital problems: either their urethra (the tube through which urine passes) being on the underside of their penis, or undescended testicles.

Research by other teams has previously found low weight for gestational age is linked to such genital problems, while these issues have also been linked to fertility problems including lower sperm counts.

“The genital malformations may account for part of the observed association in the main analysis, but this must be explored further,” said Thorsted.

When the team looked at men without such genital problems – focusing only on those diagnosed with infertility, rather than fertility clinic data which might be less accurate – the link between smaller babies and infertility was found once more.

The study has limitations: by 2017 participants were only in their early 30s, meaning not all cases of infertility might have been spotted, while the team note it is difficult to measure gestational age precisely.

It is also not clear what mechanism is behind the link between low birth weight for gestational age in boys, genital problems and infertility.

Prof Christopher Barratt, head of the reproductive medicine group at the University of Dundee, who was not involved in the study, described the research as important but said it is necessary to explore whether the findings hold in other populations.

He said the study added another piece to the puzzle of why sperm counts appear to have dropped dramatically across western populations in the past 40 years.

“It all points to the idea that part of male infertility is a consequence of in utero development and birth,” he said. “What comes first and what causes what, we are probably less clear about.”

Prof Richard Sharpe, an expert in male reproductive disorders at the University of Edinburgh, said it is unlikely smaller than average babies are behind the large declines in sperm count across western populations. But he too stressed in utero factors are important to male fertility.