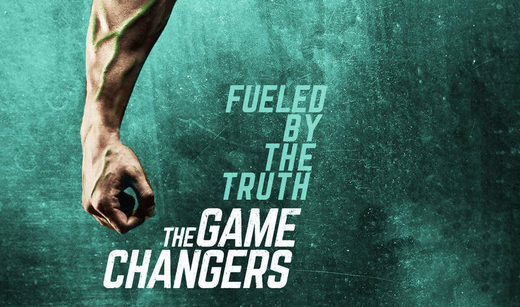 In recent weeks, I have been asked many times if I have seen ‘Game Changers‘ and what I thought about it. Apparently, this film is regarded as convincing by many people. I watched it so that I can give my honest appraisal.

Having spent several years researching the science of our dietary needs and our evolution, I can state categorically that it is impossible for a vegan diet to be superior to an omnivore diet or, indeed, an entirely carnivorous diet. I can make this statement because we are not herbivores. This is the only indisputable fact that anyone needs to remember when wondering if veganism is for them. If you are a member of the human race, veganism cannot be your optimum diet: it is lacking in too many essential nutrients.

My book is called Stop Feeding Us Lies for a very good reason. We are constantly bombarded with myths, misinformation, fake news and downright lies. You just have to watch a political debate to know that. ‘Game Changers‘ is just another big lie. It is part of a large and well-coordinated attack on our traditional foods by vested interests. Those vested interests are food manufacturing companies that stand to make a fortune if they persuade enough people to stop eating the animal foods our ancestors have been eating for a million years and switch to fake foods made in their laboratories.

The producer of ‘Game Changers‘ is just one of those vested interests. His name is James Cameron and he is the founder and CEO of Verdiant Foods, an organic pea protein company with the goal of becoming “the largest pea protein fractionation facility in North America.” Pea protein isolate is the main ingredient in all those fake meat products that have recently arrived on the shelves. ‘Game Changers‘ is not science: it is an indirect advertisement for the producer’s business. If this film persuaded you to go vegan, I believe you have been duped by a clever advert.

Do not just take my word for it. This link is to an independent, scientific review of the so-called ‘facts’.

The film claimed they had evidence that Gladiators in Ancient Rome ate a plant-based diet and this was supposed to convince us that veganism conferred physical strength on these people. The truth is that gladiators were slaves and ate what they were given. Also, they needed to be fat rather than strong because the more fat they had the more protection their vital organs had from cuts and blows.

There was one section in the film which I thought nobody could be fooled by, but perhaps I was wrong. I did not think anybody could be gullible enough to believe that a meal of vegetables, rather than meat, would make a man’s penis significantly larger (while he was asleep!) I suppose most men (and perhaps women) would like to believe something so unlikely might just be true.

We evolved into who we are because our ancestors ate meat for a million years. When I go to my local butcher’s shop and buy some meat; the butcher got it from a local farmer; the local farmer reared it on his fields using sunlight, rainwater and the fetiliser that came out of the cow. There is nowhere in this process for global corporations to make any money and that is why they are trying to persuade us it is wrong. It isn’t wrong; it is exactly what we should all be doing for the good of our health, the benefit of our local communities and the climate.