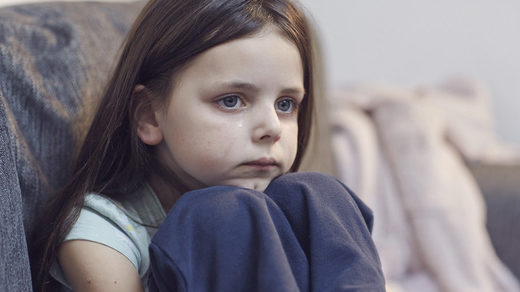 In what has been described as a seminal review, investigators at Dell Medical School in Austin, Texas, conclude that childhood maltreatment is “by far” the biggest contributing factor leading to impaired health in adults.

In terms of the psychiatric impact, “maltreatment increases the risk for depression, drug abuse, suicide, alcohol abuse, and it also worsens the course of all psychiatric disorders that have been looked at,” Nemeroff added.

The paper was published in the January issue of the American Journal of Psychiatry.

High Rates of Maltreatment an Underestimate?

Shockingly, estimates show that about one in four children will experience abuse or neglect, although this might well be an underestimate as most cases of maltreatment go unreported.

“This is especially true for certain types of childhood maltreatment (notably emotional abuse and neglect), which may never come to clinical attention but have devastating consequences on health independently of physical abuse and neglect or sexual abuse,” Nemeroff and co-author Elizabeth Lippard, PhD, write.

These findings underscore the need for clinicians to conduct detailed evaluations of trauma history, said Nemeroff.

“It’s extremely important for clinicians to get a detailed childhood trauma history of a patient so they know what they’re dealing with. Many patients don’t volunteer information, particularly during the first visit, about whether they have had any adverse early childhood experiences,” he said.

“We need to try to understand how best to treat these patients because they don’t respond well to conventional treatments — medication or psychotherapies,” said Nemeroff.

Evolving research is examining the timing, duration, and severity of childhood maltreatment. Some studies suggest maltreatment earlier in life that continues for a longer period is associated with worse outcomes. However, the authors emphasize that exposure to maltreatment at any time during childhood significantly increases the risk for mood disorders.

The review also includes studies of the negative consequences of bullying. While there’s some evidence to indicate that cyberbullying often precipitates suicide and that this appears to occur more often with women than men, said Nemeroff, much of the data in this area is “anecdotal.”

With respect to subtypes of childhood maltreatment, the authors note that emotional abuse and neglect are likely the most prevalent in psychiatric populations, but are the least studied.

In part, this is because patients who experience these types of abuse are often the least likely to come to clinical attention compared with those with physical and sexual abuse, which often results in physical injury.

“In many studies, but not all, neglect has the most devastating consequences in terms of mood and anxiety disorders,” said Nemeroff. However, he added, few individuals suffer a single isolated type of abuse.

Emerging evidence suggests childhood maltreatment may increase the risk for mood disorders and disease progression via inflammation, as indicated by measures such as C-reactive protein (CRP) and inflammatory cytokines, including tumor necrosis factor-alpha and interleukin-6.

Anti-inflammatory medications are a promising novel therapeutic strategy in depressed patients with elevated inflammatory markers. However, this evidence is still preliminary, the authors note.

Another potential mechanism is through alterations of the hypothalamic-pituitary-adrenal axis and corticotropin-releasing factor (CRF) circuits that regulate endocrine, behavioral, immune, and autonomic responses to stress.

He estimated there might be a dozen or so genes, each of which provides a small degree of vulnerability to psychiatric disorders after exposure to trauma.

The authors also point to novel research pertaining to the complex area of intergenerational transmission of trauma and psychopathology — a phenomenon that has been studied in Holocaust victims.

“It turns out that when an individual is traumatized, their ova, in the case of women, and sperm cells, in the case of men, can be changed by epigenetic mechanisms,” said Nemeroff. “In that way, the child that’s a product of these gametes can carry with it an effect of previous generations’ trauma.”

Research also suggests that childhood maltreatment may lead to structural and functional brain imaging changes. Some evidence has linked early abuse with lower gray matter volumes and thickness in the ventral and dorsal prefrontal cortex, including the orbitofrontal and anterior cingulate cortices, hippocampus, insula, and striatum.

Studies that are more recent also suggest an association with decreased white matter structural integrity within and between these regions.

“Different types of abuse and neglect result in different brain changes. It probably depends in part on how old the child is at time of the insult,” said Nemeroff.

Researchers are gaining ground in understanding why not all people exposed to childhood trauma develop a mood disorder. Environmental factors, as well as genes, may mediate the relationship between childhood abuse and mood disorders, the review authors note.

Nemeroff believes there are three critical areas for further research. These include determining whether brain and body changes that occur because of childhood abuse and neglect are reversible. In addition, he said, there needs to be more research into optimal treatments for this patient population and better methods of identifying those at risk of early adversity.

“It won’t be long before genome-wide scanning will become part of the electronic medical record,” said Nemeroff. “We screen for genetic diseases all the time in other areas; why wouldn’t we do it for this?”

Educating guidance counselors, teachers, and nurses, is also important, he said, but it is also critically important to educate clinicians about how to conduct proper evaluations.

The authors “demonstrate that the available research consistently supports the finding that childhood maltreatment increases the risk of mood disorders,” said Fassler.

“They also appropriately address the limitations of their review, including varying definitions of maltreatment and the use of different assessment instruments across studies,” he said.

Given the prevalence of childhood maltreatment, the review “further underscores the importance of comprehensive initiatives designed to protect young people from such traumatic and harmful experiences. Hopefully, the findings will also inform future research on the treatment and prevention of adult mood disorders,” Fassler said.