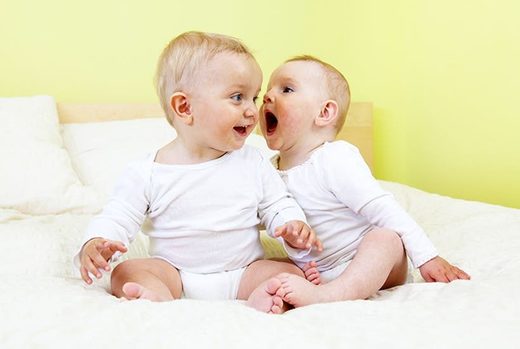 In a fascinating study of the bilingual brain, Albert Costa explains exactly what is going on when we switch effortlessly from one language to another.

In my experience, one of the best places to observe a wide variety of bilingual or multilingual individuals is Geneva, where a stable Francophone society is thickly overlaid with an international society, bringing their own mother tongues and the universally accepted lingua franca of English. In this setting, the linguistic grounding of children can be dauntingly complex. One friend, Italian by birth, has a child of five who switches between Italian, French and English, the syntactic structures still sometimes a little strange. Another set of children have a Danish father and a Bosnian mother; the conversation at lunch flows impressively from Danish to English, French and Bosnian, with German somewhere in reserve too.

Most of the interesting questions about bilingualism are cultural. Is it usual to use different languages for different areas of experience — English for life at the office, for instance, and Bengali for cooking? If so, does this reflect lived experience or the greater expertise different languages offer in different areas? (You can’t, for instance, say that a river is ‘shallow’ in French, only, inadequately, that it is ‘not deep’.) What are the differences between bilingual life in a bilingual society, and speaking an outside language — between, for example, speaking Welsh in Swansea and speaking Gujarati? Most importantly, what actually constitutes a language? Is a speaker who can switch between Scots (not Scottish Gaelic) and English, or Dutch and Flemish, bilingual in the same sense as someone with a Greek father and a German mother?

There is something quite uncanny about the ability to move rapidly between languages which even practitioners find hard to describe. Anyone who has learnt a language recognises that moment when you pass from translating in your head to just speaking it, the words emerging from inchoate thoughts before you can quite formulate them. It feels like an engine just moving over points to a quite different set of tracks; or perhaps like the ability of most musicians to transpose from one key to another — you read the notes in C major, but your fingers move in E flat, without having to think about each note.

What is happening here? How does the growing child encompass both ‘Es war einmal ein armer Mann…‘ and ‘Once upon a time there was a poor man…’, knowing that they are in some sense the same sentence and in others quite different sentences?

The answer may lie in the structures of the brain. Albert Costa’s engaging book explores just how multiple languages are acquired and sorted out by the brain, as well as what the possession of more than one language might mean for the development of mental capacity and its retention. There is some evidence that babies still in the womb can be aware of the difference between languages, and this is certainly the case very soon after birth. Scientists are witnessed solemnly exposing infants to rudimentary languages with artificial rules — that the syllables Tu Pi Ro must always follow each other in that order. When an established rule is broken for the first time in the artificial language (but not in other languages around) the baby shows surprise and increased attention.

There have been repeated claims that people who can speak more than one language are more intelligent — with the result that rich New Yorkers are always hiring Japanese or Mandarin-speaking nannies, or whatever the current fashionable tongue may be. Costa goes into the science in considerable detail. It does seem as if bilingual ability affects some aspects of the performance of tasks, but often not in any significant way. Sometimes it appears to have an impact in a negative manner — the active vocabulary of bilinguals can be smaller than that of monolingual speakers. In other cases, such as the resolution of conflicting information, bilingual speakers tend to do better. This is unproven, though of course it is always useful to be able to speak another language.

It may be that different categories of bilingualism lead to different conclusions here. It seems quite plausible that someone who has spoken more than one language from birth would not be stretching his or her brain in the same way as another who painfully has set about mastering the grammar of a foreign language in youth or adulthood. Speakers of acquired languages display such different levels of confidence and mastery that it’s unlikely to have solid or consistent effects on intelligence or cognitive development. In German I can hold a conversation, read a novel, write a letter — and once or twice I have even dreamt in it; in Arabic I could just about buy a train ticket or ask for directions. It doesn’t seem likely that they have the same contribution to mental capacity. It would also be worth investigating whether a person who had kept mentally active by acquiring a language in middle age would find that it warded off mental decay more successfully than a bilingual speaker from birth.

The world may be growing more, not less, multilingual as transport links improve and increasing numbers are exposed to others unlike themselves. English speakers are shielded from this truth because, uniquely, our need to acquire foreign languages is decreasing. Forty years ago, one had to learn a few words of Portuguese to travel round Portugal or Brazil, but nowadays their inhabitants are much less likely to be monoglot.

The ability of the brain to absorb an entirely different way of expressing and of understanding the world, to sort it out into meaningful and rational compartments, is a matter of wonder and apparently near-limitless scope — a linguistic prodigy such as the 19th-century army officer Frederick Burnaby, who spoke seven languages fluently, is now often restricted by the demands of time rather than mental capacity. There is no short cut to language acquisition. It appears that your children can’t learn languages through technology alone; it has to be through an interactive, personal process.

Costa’s book, his last before his unfortunate early death, is stronger on the science of brainpower than on the structure of languages themselves, or on the cultural effects of bilingual societies. He writes in that engaging way, buttonholing the reader with direct address, with which authors of popular science books try to jolly up their often very difficult subjects. (‘At this point the only thing left to do is to invite you to join me on this journey to discover how two languages live in the same brain.’)

Personally, I find this style a bit painful, but Costa’s work certainly derives from a great fund of knowledge, considerable curiosity and that solidly scientific spirit which hardly cares whether it unearths a whacking great truth or discovers that something everyone firmly believes has nothing much in it after all. I guess that we’re hardly at the beginning of our investigations into what the brain actually does, or can do.