It’s time to take a deep breath and dial down the hysteria. 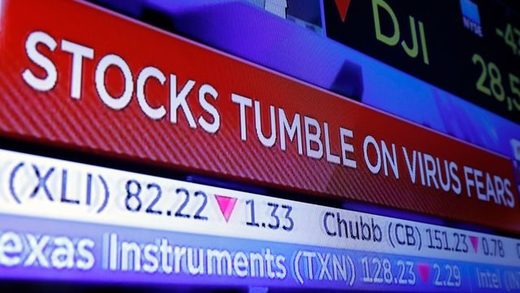 I am not downplaying the seriousness of the new Coronavirus that has been spreading around the world. People are dying and every death is a tragedy, but it is not the end of civilization as we know it, contrary to some media outlets which risk causing undue alarm and panic. The headlines are ominous: “Wuhan is Ground Zero for Deadly Coronavirus.” “Situation in China is Grave.” One paper carried an image of a Wuhan medic breaking down in tears. Another showing a pile of corpses was fake. The Daily Mail quoted a researcher as saying, “‘This time I am scared,’ expert who helped tackle SARS warns.” Another scientist reportedly simulated a similar epidemic that he projected would kill 65 million people. What the headline didn’t say is that it was a worst-case scenario for a virus deadlier than SARS and easier to catch than the flu, an extremely unlikely scenario.

It’s important to put the risk into perspective. The Coronavirus does not appear any worse than the annual flu. The key difference is that there is no vaccine, and one will likely take months to develop. It sounds even more daunting and sinister because it’s new, mysterious, and originates from a foreign country. Adding the mystique is its suspected origin: a snake at an exotic animal market in the city of Wuhan, which sold everything from cow’s heads to camels, foxes, badgers, and an array of rats and reptiles.

It’s frightening to watch the news reports of health officials in China wearing rubber gloves, surgical masks, goggles, and hazmat suits as they treat patients. But these images need to be tempered with reality. Each year tens of thousands of Americans die from the influenza virus. The Centers for Disease Control estimate that last year alone about 40,000 citizens died from the flu. Two years ago, the death rate was the worst in a decade at 61,000. Most online sources will tell you that this figure was closer to 80,000, but the CDC later revised the number downward. Despite this, many of the original stories have never been updated.

During the 2018-2019 flu season in the United States, about 75% of all deaths were age 65+. Roughly 17% were between 50-64. These two categories comprise 91% of all deaths. But look closer and you will see that many of them had an array of pre-existing conditions that left them with weakened immune systems. Early reports from China back this up, most of those who have died were already in poor health. One preliminary report placed the median age of death as 75. As Michael Fumento observes, the virus will almost certainly hit China harder than developed Western countries; not because we have better medicines but because the flu victims in these countries often die from secondary infections due to inferior medical care, whereas in places like the U.S. people rarely die from such infections. Catching Coronavirus is not a death sentence, but if you are elderly or have an underlying medical, you should take precautions. But that’s the same advice doctors give every year for the flu.

All indications are that this Coronavirus is much milder than its two cousins, SARS and MERS. When SARS (Severe Acute Respiratory Syndrome) broke out in China in 2002, it was traced to civet cats and had a death rate of about 10%. There were just over 8,000 cases in 17 countries. SARS is a variant of the new Coronavirus. In 2012, another variation of the virus broke out in the Middle East and was dubbed Middle East Respiratory Syndrome or MERS. The virus had a much higher death rate – about 35%, but only affected 2,500 people and was much harder to catch than SARS; transmission was linked to camel meat. The good news about the new virus is that while it appears to spread more easily than its two predecessors, it is far less severe. That fits with a general rule that the more deadly the virus, the harder it is to catch.

Perhaps the biggest problem facing authorities is that the new Coronavirus is relatively mild. With SARS and MERS, people got very sick and were easy to identify. With the new virus, you may have it and not even know. Based on the early statistics, the mortality rate for Coronavirus is roughly 3%, but the true number is probably much, much lower given the likelihood that many people have already been infected but haven’t been sick enough to even seek treatment. Will the virus spread around the world? Yes, because it already has. But will it spread en masse? That remains to be seen. But if it does, expect it to be no worse than the flu.

In 1597, Francis Bacon wrote that ‘knowledge itself is power.’ The more we know about the Coronavirus, the better. In 2020, we have more information at our fingertips than Bacon could have ever imagined. The problem: Much of that information is unvetted on the worldwide web. While Bacon was not far removed from the Dark Ages and he lived at a time when medicine was in its infancy, he had some advantages that we don’t, he didn’t have a mobile phone and there was no Facebook, YouTube or Twitter. He also didn’t have the modern media feeding frenzy to deal with. Like sex, epidemics sell. While some news outlets have been very responsible in their reporting, others have been downright apocalyptic. Headlines routinely refer to the ‘deadly’ Coronavirus. News flash: Viruses kill people. The key question: ‘How is this different from past outbreaks?’

There is a real danger that social media will spread fear and confusion. Its tentacles can reach every corner of the globe in the blink of an eye. We live in what Marshall McLuhan described as a ‘global village.’ Unfortunately, the new Information Age is rife with misinformation, disinformation, rumors, fake news, political agendas, conspiracy theories, deep fakes, and photoshopped images that can spread panic faster than any virus. Viral media can undermine the credibility of health authorities and lead to everything from mass to quarantine areas to panic hoarding and shopping, bank runs, and share market sells-offs. During the 2014 measles epidemic in Vietnam, online rumors and claims that the government was lying to the people about the severity of the outbreak, fostered panic and made the epidemic that much harder to control.

How do we quell panic? The antidote to fear and uncertainty is transparency and timely, accurate information from reliable sources. The problem with this strategy is that we are living in an age of government and media distrust. In America, trust in our elected officials is at an all-time low. Mistrust abounds in many parts of the world as evidenced by the recent wave of anti-government protests and riots that swept around the globe in 2019 – from South America to Asia, and Europe to Africa. Many experts attribute this surge to social media and its ability to disseminate information. But social media is a double-edged sword. The internet is rife with misinformation and falsehoods, especially about health. Some of these claims, like ‘Vaccines are bad for you,’ have led to the re-emergence of preventable diseases like measles and polio. Then there’s confirmation bias. People tend to gravitate towards and accept claims that support their pre-existing beliefs.

If Francis Bacon were alive today, he would almost certainly be in awe of our scientific progress and the amount of information that has been amassed by humanity. He would be equally perplexed by the number of people who fail to utilize it and seem more aligned with the beliefs of his century, than embracing the science of the 21st. In the words of Carl Sagan: ‘Wherever we have strong emotions, we are liable to fool ourselves.” The human propensity to spread fear and misinformation through viral media may cause more harm than the Coronavirus itself.