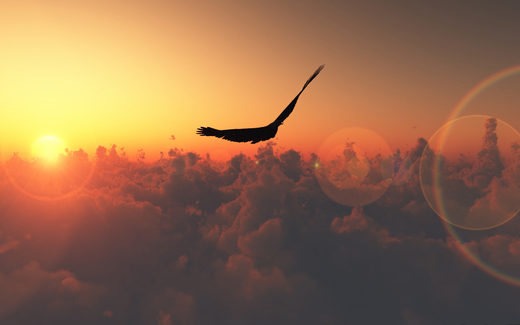 We are living in strange times indeed, this crisis raises many questions about the nature of freedom and what our expectations are, or should be. Everyone has their own notions about what freedom means and how far that should extend to oneself and indeed, to everyone else. I want to start with a look at where we’ve come from before I look at where we are now, as I feel it gives a better understanding of our definitions of freedom and a better context for viewing where we are, at this moment in time.

Society probably started with the tribe – maybe not even having a leader if the numbers were small enough, say 10 people. Tribes of scores or more obviously became hard to manage and so, undoubtedly, this led to the idea of a leader or a group of leaders – a chief, or a council of chiefs. Such a system seems to have worked well, so long as the chiefs acted in the best interest of the tribe, and not in their own best interest. Tribes and early kingdoms often had a mechanism for dealing with a poor leader – the symbolic marriage of the leader to the land and the right to depose, or even execute, a leader that failed to live up to expectations. Such concepts of leadership are ancient but have survived in various places into the modern era, including Ireland where I live. Although the practice associated with this custom is long gone, knowledge of it remains vaguely in the public consciousness and more definitively in the realms of scholarship and Celtic Neo-Paganism. However, societies across the globe began to move beyond this cherished accountability millenia ago – with the rise of depsotic monarchy, something that still exists as an unfortunate anachronism even now.

As tribes grew into countries and countries grew into empires, monarchs became decreasingly accountable to their citizens, or rather subjects – those who are subjugated. While many monarchs felt an obligation, both ‘divine’ and moral to behave with care and responsibility, others acted in pure self interest, free of any accountability for their actions. With the backing a large army or, sizeable personal guard, it became increasing difficult to hold monarchs accountable and one had to rely on goodwill in most cases, rather than enforcement. Of course, there have been countless deposings of monarchs, by the people or by rival claimants, although the latter didn’t always turn out to be beneficial. Probably the most famous of these is that of Galus Julius Caesar, the Dictator for life of the final years of the Roman Republic, who gave his name to the title Caesar, Czar and Keiser. He was brutally murdered by Brutus (hence the word brutal) and we all know how that turned out for the Roman Republic.

The republic itself was a form of democracy, based on an earlier model from Greece, a civilization that had immense influence on Rome. Of course, Athenian democracy was nothing like what we now regard as democracy. The right to decide how government was organised and what it did fell to the hands of an elite group – demokratia, or “rule by the people” was only for citizens and of these, only the men could vote. At the time (507 BC) this meant 40,000 men, out of a much larger population, but in reality no more than about 5000 men could attend assemblies, due to other commitments. Still, it was a ground-breaking step, so long as you weren’t a foreigner, criminal, woman, child or a slave. It is from these Greek origins that we get the word democracy and the notion of rights and freedom for all. Over time there have been variations on this model that have been tried out – constitutional monarchies, republics, socialist states, fascist states and communist states, which have varying levels of input for the masses. The masses might also be referred to as ‘plebeians’ as the Romans liked to call ordinary folk, a shortened form of which still exists as a minor insult – pleb.

However, through most of recorded history, the most common system has been monarchy, although one could hardly describe it as the most popular. Simpler than a democracy and easy to enforce – notions such as corruption, fairness and accountability do not come into play, as divine rule (e.g. the divine right of kings) gives the ruler carte blanche to do whatever they god-damn like, unless their despotism provokes a revolt. Of course, revolt has happened, from time to time, throughout history and one of the most famous ones is that of the barons in England against king John. The Magna Carta (Great Charter, of 1215) is considered by many as the bedrock of Western civilization and democracy, despite the fact that it only gave limited concessions to a very small number of nobles. It was a start at least, and perhaps enabled further inroads into the monarchic monopoly on power.

The Peasants’ Revolt of 1381, against Richard II of England was a major shift. Led by a commoner (Wat Tyler) it was a great embarrassment for Richard, who did not have a standing army to hand. He was forced to pretend to negotiate with the rebels, who camped at Blackheath, while he secretly ordered the Mayor of London to raise an army to disperse and execute the protestors. There are countless other examples of rebellion against monarchs across the world, but most of them are forgotten. Perhaps the best remembered rebellion is that of the French paupers, against the Bourbon monarchy and the entire aristocracy of France. This violent and bloodthirsty revolution sent shudders of terror across the monarchies of the world and precipitated a programme of reform, based on fear of similar events occurring. Of course, some countries carried on regardless – Russia and America being particularly sad examples, as Russia only abolished surfdom in 1861, while USA only abolished slavery in 1865. One could justifiably say that the lives of these ordinary people, who were now ‘citizens’ hardly improved as their freedom was pretty much nominal.

This, in Russia, led to the revolution of 1917, due to the intransigence of the Czar/Tsar (Caesar) Nicholai II Alexandrovich Romanov. The overthrow of the Russian system, inspired by the ideas of Marx and Engels, led to a Bolshevik government headed by Vladimir Lenin. Whatever notions the Soviets had, Lenin was a de facto Tzar in waiting and Stalin was certainly that, if not an uncrowned heir to Ivan The Terrible. Post World War II, we supposedly have a new age of democracy and freedom, but that only applies to some. In truth, almost the whole world collection of governments has learned the art of propaganda – thanks to the astounding upskilling efforts of the National Socialists (Nazis) of Germany, who took this to new heights (or lows rather), turning it almost into an artform. While we have been led to believe that we are free and democratic, we have never been more exposed to lies and propaganda than we are now. The biggest lie of all is that we live in a democracy, when in fact we actually only get to choose a new set of corrupt and self-serving narcissists, every 4 or 5 years.

Democracies, the world over, have been bought – lobbyists have far more power than the electorate could ever hope to achieve. What we in fact have is the illusion of democracy – state agencies act without oversight, individuals have no say over the manifesto and policies of parties in power and have no mechanism to undo or prevent undesirable actions by governments. The only mechanisms available are the occasional referenda (instigated under pressure), protest (peaceful or otherwise) and violent overthrow. In most cases, the effort and risk of violent overthrow is considered too much for the majority of people – it takes dire poverty, starvation and horrific coercion before the ‘plebs’ are pushed to the brink.

Governments are aware of this and generally apply the ‘boiling frog’ method of restricting people’s freedoms and the removal of privacy and general rights. However, they do on occasion overstep the mark or fail to adequately conceal their stealthy nefarious actions – which inevitably leads to protest or insurrection. History has proven that violent insurrection usually fails, but it is rather foolish of authoritarian governments to take a gamble on this not happening. What is far more effective for us ‘plebs’ is non-violent insurrection, in the form of non-compliance – this worked wonders for both Gandhi and for Martin Luther-King, two of the most inspirational leaders of the 20th century. Nelson Mandella is another fine example of someone who led a monumental change, in South Africa, while also avoiding a catastrophic bloodbath, again through advocating of non-violence and showing exceptional leadership skills.

At this moment in time, we are held hostage by a virus and the fear of what it might do to humanity. While public safety has to be a priority, one has to ask the question – what is this really about? Is this a manufactured crisis or is it is just opportunistic governments capitalizing on their best chance to roll out new draconian measures? Temporary emergency powers is one thing, but if there is no rollback after the crisis is over, what then? What if the crisis is one without end – like George Orwell’s perpetual war (in his novel 1984)? We have come to expect freedom, we are told that we live in the ‘free world’ yet we see our rights and freedoms and privacy being eroded by government legislation, corporate invasive technology and data collection. Where do we draw the line? When do we say enough is enough?

Strangely, the same technology that enables our surveillance monitoring is also the most powerful tool at our disposal. Internet and telecommunications enables us to share information, just as the ‘system’ collects information about all of us. For many, it has opened our eyes about government agendas, methods and operations as we now have unprecedented access to worldwide information, often in real-time, or within minutes and hours of events happening. Many believe that a new era of oppression is being rolled out, right now as we sit in our homes, enabled by the high-power, high-speed and low latency 5G network, worldwide by a hidden agency.

Conspiracies aside, there are many questions to be asked about our rights, what our freedoms should consist of and what the limits of government and corporate actions should be. We need to ask those questions, we need to demand answers and show the ‘powers that be’ that the thirst for true democracy is still alive and kicking. If we volunteer to be imprisoned or to become our own jailors then there is no hope for humanity. As in the past, humanity needs to assert itself, in order to remain free of despotism and it has never been more urgent than now. Corny as it may be, the simplest way to express this is for me to repeat the words of the late Bob Marley – “Get up, stand up, stand up for your rights!”