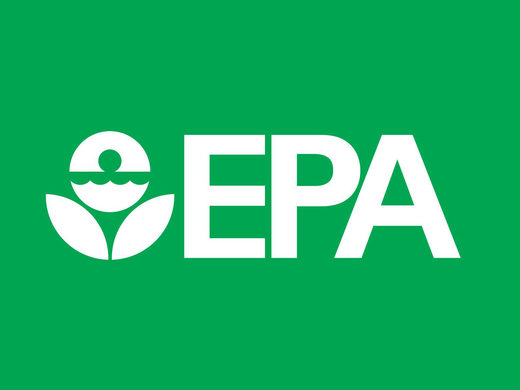 In a stunning rebuke of the Environmental Protection Agency, a federal court on Wednesday overturned the agency’s approval of popular dicamba-based herbicides made by chemical giants Bayer, BASF and Corteva Agrisciences. The ruling effectively makes it illegal for farmers to continue to use the product.

The ruling by the U.S. Court of Appeals for the Ninth Circuit found that the EPA “substantially understated the risks” of the dicamba herbicides and “failed entirely to acknowledge other risks.”

“The EPA made multiple errors in granting the conditional registrations,” the court ruling states.

Monsanto and the EPA had asked the court, if it did agree with the plaintiffs, not to immediately overturn the approvals of the weed killing products. The court said simply: “We decline to do so.”

The plaintiffs accused the EPA of breaking the law in evaluating the impacts of a system designed by Monsanto, which was bought by Bayer in 2018, that has triggered “widespread” crop damage over the last few summers and continues to threaten farms across the country.

“Today’s decision is a massive win for farmers and the environment,” said George Kimbrell of the Center for Food Safety, lead counsel in the case. “It is good to be reminded that corporations like Monsanto and the Trump Administration cannot escape the rule of law, particularly at a time of crisis like this. Their day of reckoning has arrived.”

The court found that among other problems, the EPA “refused to estimate the amount of dicamba damage, characterizing such damage as ‘potential’ and ‘alleged,’ when record evidence showed that dicamba had caused substantial and undisputed damage.”

Finally, the court said, the EPA entirely failed to acknowledge the risk that the new use of dicamba herbicides set up by Monsanto, BASF and Corteva would “tear the social fabric of farming communities.”

Farmers have been using dicamba herbicides for more than 50 years but traditionally avoided applying the herbicide during hot summer months, and rarely if ever over large swaths of land due to the well-known propensity of the chemical to drift far from intended target areas where it could damage crops, gardens, orchards, and shrubs.

Monsanto upended that restraint when it launched dicamba-tolerant soybean and cotton seeds a few years ago, encouraging farmers to spray new formulations of dicamba “over the top” of these genetically engineered crops during warm-weather growing months.

Farmers, agricultural scientists and other experts warned Monsanto and the EPA that introducing a dicamba-tolerant system would not only create more herbicide resistance but would lead to devastating damage to crops that are not genetically engineered to tolerate dicamba.

Despite the warnings, Monsanto, along with BASF and Corteva AgriScience all gained approval from the EPA to market new formulations of dicamba herbicides for this widespread type of spraying. The companies claimed their new versions of dicamba would not volatize and drift as older versions of dicamba weed killing products were known to do. But those assurances have proven false amid widespread complaints of dicamba drift damage since the introduction of the new dicamba-tolerant crops and the new dicamba herbicides. More than one million acres of crop damage was reported last year in 18 states, the court noted.

As predicted, there have been thousands of dicamba damage complaints recorded in multiple states. In its ruling, the court noted that in 2018, out of 103 million acres of soybeans and cotton planted in the United States, about 56 million acres were planted with seeds with Monsanto’s dicamba-tolerance trait, up from 27 million acres the year before in 2017.

In February, a unanimous jury awarded a Missouri peach farmer $15 million in compensatory damages and $250 million in punitive damages to be paid by Bayer and BASF for dicamba damage to his property.

Bayer issued a statement following the ruling saying it strongly disagreed with the court ruling and was assessing its options.

“The EPA’s informed science-based decision reaffirms that this tool is vital for growers and does not pose any unreasonable risks of off-target movement when used according to label directions,” the company said. “If the ruling stands, we will work quickly to minimize any impact on our customers this season.”

Corteva also said its dicamba herbicides were needed farmer tools and that it was assessing its options.

BASF called the court order “unprecedented” and said it “has the potential to be devastating to tens of thousands of farmers.”

Farmers could lose “significant revenue” if they are not able to kill weeds in their soybean and cotton fields with the dicamba herbicides, the company said.

“We will use all legal remedies available to challenge this Order,” BASF said.

An EPA spokesman said the agency was currently reviewing the court decision and “will move promptly to address the Court’s directive.”

The court acknowledged the decision could be costly for farmers who have already purchased and/or planted dicamba-tolerant seeds for this season and planned to use the dicamba herbicides on them because the ruling disallows that herbicide use.

“We acknowledge the difficulties these growers may have in finding effective and legal herbicides to protect their (dicamba-tolerant) crops…” the ruling states. “They have been placed in this situation through no fault of their own. However, the absence of substantial evidence to support the EPA’s decision compels us to vacate the registrations.”