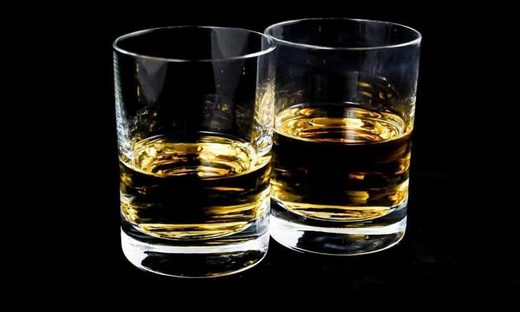 Published in Molecular Psychiatry, the study found a section of DNA that switches on key genes in parts of the brain that control alcohol intake and mood.

Identified for the first time, these sections of DNA may act as future drug targets for the development of precision medicines to treat alcohol abuse and anxiety in men.

Dr. Alasdair MacKenzie who led the study at the University of Aberdeen explains: “Alcohol abuse kills millions of people around the world each year and can account for up to 8% of all male deaths. On top of this, there is evidence that the lockdown has contributed to increased anxiety and alcohol intake.

The team from both universities attempted to answer these questions by exploring human DNA to find genetic mechanisms that could contribute to the relationship between anxiety and alcohol.

Dr. MacKenzie explains “We know that the human genome contains gene sequences which encode the proteins that make up our cells. However, what we don’t know is how these genes are turned on in the correct cells at the correct times to produce a healthy human body.

Once Aberdeen had identified this ‘switch’ section of DNA, Prof Andrew McIntosh and Dr. Toni-Kim Clarke from Edinburgh University, found that changes within the switch were linked to alcohol abuse in men who also suffered anxiety.

Dr. MacKenzie continued “This exciting and unexpected link prompted us to use CRISPR genome editing in mice to delete this switch from the mouse DNA.

“We then allowed the mice access to a choice of water or an alcohol mix. Ordinary mice drunk mostly from the bottle with alcohol. Surprisingly, the mice without the switch largely avoided the alcohol.”

Dr. Andrew McEwan who also worked on the project in Aberdeen added: “What was particularly interesting was that, the male mice without the switch showed less signs of anxiety compared to the normal male mice who tended to hide.” So the results of our mouse tests mirrored the results found in humans.

Dr. MacKenzie added: “This is the first time that a switch has been identified that has been linked to behaviors with such a major impact on human health. We believe that our unique approach provides a template for understanding the role of genetic switches in the development of other complex psychiatric diseases whose causes have so far evaded scrutiny.”