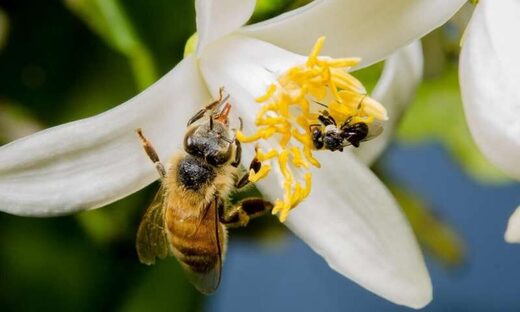 Science has validated Indigenous wisdom by identifying a rare, healthy sugar in native stingless bee honey that is not found in any other food.

“We tested honey from two Australian native stingless bee species, two in Malaysia and one in Brazil and found that up to 85 per cent of their sugar is trehalulose, not maltose as previously thought,” she said.

Dr. Fletcher said trehalulose was a rare sugar with a low glycaemic index (GI), and not found as a major component in any other foods.

“Traditionally it has been thought that stingless bee honey was good for diabetes and now we know why — having a lower GI means it takes longer for the sugar to be absorbed into the blood stream, so there is not a spike in glucose that you get from other sugars,” Dr. Fletcher said.

“Interestingly trehalulose is also acariogenic, which means it doesn’t cause tooth decay.”

“Stingless bee honey sells now for around AUD $200 per kilogram, which is up there with the price of Manuka and Royal Jelly honey,” she said. 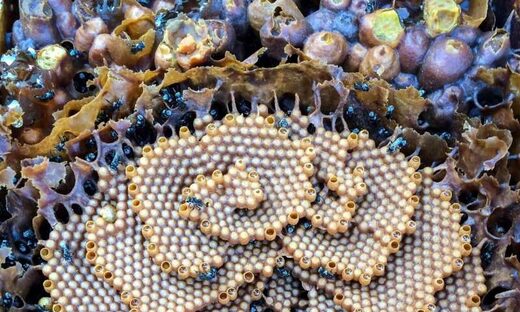 “The high commercial value also makes it a risk for substitution, where people could sell other honey as stingless bee honey, or dilute the product.

“But due to this research, we can test for this novel sugar, which will help industry to set a food standard for stingless bee honey.

“People have patented ways of making trehalulose synthetically with enzymes and bacteria, but our research shows stingless bee honey can be used as a wholefood on its own or in other food to get the same health benefits.”

The work of Dr. Fletcher and the research team has led to a new project funded by AgriFutures Australia and supported by the Australian Native Bee Association.

Working with Dr. Natasha Hungerford from UQ’s Queensland Alliance for Agriculture and Food Innovation and Dr. Tobias Smith from the School of Biological Sciences the new project will investigate storage and collection, to optimize the trehalulose content of Australian stingless bee honey.

Stingless bees (Meliponini) occur in most tropical and sub-tropical regions, with more than 500 species across Neotropical, Afrotropical and Indo-Australian regions.

Like the well-known Apis mellifera honeybees, stingless bees live in permanent colonies made up of a single queen and workers, who collect pollen and nectar to feed larvae within the colony.

Dr. Fletcher said keeping native stingless bees was gaining in popularity in Australia, for their role as pollinators as well as for their unique honey.

As well as having health benefits, stingless bee honey is valued for its flavor and is in high demand from chefs.