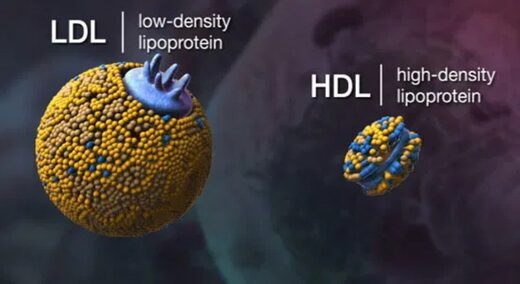 Cardiovascular disease (CVD), or heart disease, is a term that refers to several types of heart conditions. Many of the problems associated with heart disease are related to atherosclerosis. This term refers to a condition in which there’s a buildup of plaque along the walls of the artery, making it more difficult for blood to flow and for oxygen to reach the muscles, including the heart.

This can be the underlying problem in cases of heart attack, stroke and heart failure. Other types of CVD happen when the valves in the heart are affected or there’s an abnormal heart rhythm.1

Heart disease is the leading cause of death in the U.S. and it contributes to other leading causes including stroke, diabetes and kidney disease.2 It also ranks as the No. 1 cause of death around the world: Four out of five deaths are from heart attack or stroke.3

Heart disease accounts for 25% of deaths in the U.S. with a $219 billion price tag, based on data from 2014 to 2015.4 Scientists believe some of the key contributing factors are high blood pressure, smoking, diabetes, physical inactivity and excessive alcohol use.

Cholesterol Levels in People Who Had Heart Attacks

There is ongoing disagreement over the levels at which cholesterol presents a risk for heart disease and stroke. Added to this, many doctors and scientists continue to recommend lowering fat consumption and using medications to lower cholesterol levels.

A national study from the University of California Los Angeles showed that 72.1% of the people who had a heart attack did not have low-density (LDL) cholesterol levels which would have indicated they were at risk for CVD. Their LDL cholesterol was within national guidelines and nearly half were within optimal levels.5

In fact, half the patients admitted with a heart attack who had CVD had LDL levels lower than 100 milligrams (mg), which is considered optimal; 17.6% had levels below 70 mg, which is the level recommended for people with moderate risk for heart disease.6

However, more than half the patients who were hospitalized with a heart attack had high-density lipoproteins (HDL) in the poor range, based on a comparison to national guidelines.

The team used a national database with information on 136,905 people who received services from 541 hospitals across the U.S. They were admitted between 2000 and 2006 and, while they had their blood drawn upon arrival, only 59% had their lipid levels checked at that time.

Of those who were checked, out of everyone who was admitted with a heart attack but didn’t have CVD or Type 2 diabetes, 72.1% had LDL levels less than 130 mg/dL, which was the recommended level at the time of the study (2009).

In addition to this, researchers found the levels of HDL cholesterol (the “good” kind) had dropped compared to statistics from earlier years, with 54.6% having levels below 40 mg/dL.7 The desirable level for HDL is 60 mg/dL or higher.8

The findings led researchers to suggest that the guidelines for prescribing cholesterol medication should be adjusted — to lower the number at which drugs should be administered. In other words, they are suggesting that more people be put on cholesterol drugs. As explained by Dr. Gregg C. Fonarow, lead investigator:9

Almost 75 percent of heart attack patients fell within recommended targets for LDL cholesterol, demonstrating that the current guidelines may not be low enough to cut heart attack risk in most who could benefit.

The study was sponsored by the Get with the Guidelines program that’s supported by the American Heart Association, which promotes the use of statins for lowering LDL cholesterol.10 Fonarow has done research for GlaxoSmithKline and Pfizer, and has consulted for, and received honoraria from Merck, AstraZeneca, GlaxoSmithKline and Abbott — all of which manufacture cholesterol drugs, including statins.

Cholesterol Myth May Be Kept Alive by Big Pharma

While scientists and physicians continue to investigate the level of cholesterol that may affect heart attack risk, the theory that dietary cholesterol is a contributor has long been proven false. In the 1960s it may have been a conclusion that researchers made based on the available science, but decades later the evidence does not support the hypothesis.11

Yet, as some researchers have pointed out, the move toward removing dietary cholesterol limits has been slow. In the past 10 years, some have modified recommendations to address certain negative consequences of limiting dietary cholesterol, such as the risk of having inadequate levels of choline. Unfortunately, others have continued to promote low-fat diets and that could have hazardous results.

Whether discussing cholesterol intake or serum cholesterol levels, the data do not support the hypothesis that it relates to heart disease. I believe it appears that the evidence supporting the use of cholesterol-lowering statin drugs is likely little more than the manufactured work of pharmaceutical companies.

This also appears to be the conclusion of the authors of a scientific review published in the Expert Review of Clinical Pharmacology.12 The team identified significant flaws in three recent studies: “… large reviews recently published by statin advocates have attempted to validate the current dogma. This article delineates the serious errors in these three reviews as well as other obvious falsifications of the cholesterol hypothesis.”

The authors present substantial evidence that total cholesterol and LDL cholesterol are not indicators of heart disease risk. In addition, statin treatment is doubtful as a form of primary prevention. In their analysis, they point out that if high cholesterol levels were a major cause of atherosclerosis, patients with high total cholesterol whose levels were lowered the most by statin drugs should see the greatest benefit. However, evidence does not show that to be the case.

In another review of statin trials and other studies in which cholesterol was linked to heart disease, researchers could not find a correlation between cholesterol and the degree of coronary atherosclerosis, coronary calcification or peripheral atherosclerosis. They found no exposure response in which those with the highest level of cholesterol enjoyed the greatest benefit from reduction.13

These researchers propose the link between high LDL or total cholesterol and heart disease may be secondary to other factors that promote CVD, such as:14

… lack of physical activity, mental stress, smoking, and obesity. It is generally assumed that their effect on cardiovascular disease is mediated through the high cholesterol, but this may be a secondary phenomenon.

Physical activity may benefit the cardiovascular system by improving endothelial function, or by stimulating the formation of collateral vessels; mental stress may have a harmful influence on adrenal hormone secretion, smoking increases the oxidant burden; in these all situations the high cholesterol may be an epiphenomenal indicator that something is wrong.

Saturated Fat Is Crucial but Vegetable Oil Is Deadly

One of the reasons so many people are sick is that we’re constantly told that animal fats are unhealthy and industrial vegetable oils are not, and people believe it. The authors of a recent paper in the Journal of the American College of Cardiology admits the long-standing nutritional guideline to limit saturated fat is incorrect.

This is a tremendous step forward in righting a dietary wrong that started with Ancel Keys’ flawed hypothesis15 and has since had a significant impact on health and wellness. As the researchers note in the abstract:16

The recommendation to limit dietary saturated fatty acid (SFA) intake has persisted despite mounting evidence to the contrary. Most recent meta-analyses of randomized trials and observational studies found no beneficial effects of reducing SFA intake on cardiovascular disease (CVD) and total mortality, and instead found protective effects against stroke.

Although SFAs increase low-density lipoprotein (LDL) cholesterol, in most individuals, this is not due to increasing levels of small, dense LDL particles, but rather larger LDL particles, which are much less strongly related to CVD risk. It is also apparent that the health effects of foods cannot be predicted by their content in any nutrient group without considering the overall macronutrient distribution.

Whole-fat dairy, unprocessed meat, and dark chocolate are SFA-rich foods with a complex matrix that are not associated with increased risk of CVD. The totality of available evidence does not support further limiting the intake of such foods.

In a recent speech at the Sheraton Denver Downtown Hotel, titled “Diseases of Civilization: Are Seed Oil Excesses the Unifying Mechanism?” Dr. Chris Knobbe revealed evidence that seed oils, so prevalent in modern diets, are the reason for most of today’s chronic diseases.17

His research charges the high consumption of omega-6 seed oil in everyday diets as the major unifying driver of the chronic degenerative diseases so prevalent in modern civilization.

He calls the inundation of Western diets with harmful seeds oils “a global human experiment … without informed consent.” You’ll find more, including a video of his presentation in “Are Seed Oils Behind the Majority of Diseases This Century?“

Your Omega-3 Index Is More Predictive Than Cholesterol

The three main omega-3 fatty acids are alpha-linolenic acid (ALA), eicosapentaenoic acid (EPA) and docosahexaenoic acid (DHA). ALA is found mainly in plant oils such as flaxseed, soybean and canola oils. DHA and EPA are found in fish and other seafood.

Each of the three fats plays a unique role in cellular health. The authors of one study analyzed the risk of a cardiovascular event while taking icosapent ethyl.19 The medication is a “highly purified omega-3 fatty acid” that is “a synthetic derivative of the omega-3 fatty acid eicosapentaenoic acid (EPA).”20

Those who took the medication had a significantly lower number of ischemic events than those taking the placebo. An omega-3 deficiency leaves you vulnerable to chronic disease and lifelong challenges. The best way to determine if you’re getting enough is to be tested, as it’s a good predictor of all-cause mortality.21

The omega-3 index is a measure of the amount of EPA and DHA in red blood cell membranes. This has been validated as a stable and long-term marker because it reflects your tissue levels. An index greater than 8% is associated with the lowest risk of death, while an index lower than 4% places you at the highest risk of heart disease-related mortality.22

Your best sources of fatty fish are wild-caught Alaskan salmon, herring, mackerel and anchovies. The larger predatory fish, such as tuna, have much higher amounts of mercury and other toxins. It’s important to realize your body can’t convert enough plant-based omega-3 to meet your needs. That means that if you’re a vegan, you must figure out a way to compensate for the lack of marine or grass fed animal products in your diet.

If your test results are low, and you are considering a supplement, compare the advantages and disadvantages of fish oil and krill oil. Krill are wild-caught and sustainable, more potent than fish oil and less prone to oxidation. You’ll find more about the benefits of maintaining adequate levels of omega-3 fats in “Omega-3 Index More Predictive Than Cholesterol Levels.”

The cholesterol myth has been a boon to the pharmaceutical industry since cholesterol-lowering statins have become some of the more frequently prescribed and used drugs. In a report by the U.S. Preventive Services Task Force published in JAMA, evidence showed that 250 people need to take a statin drug for one to six years to prevent one death from any cause.23

When measuring cardiovascular death specifically, 500 would have to take a statin drug for two to six years to prevent even one death. As the evidence mounts that statin drugs are not the answer and simple cholesterol levels may not help you understand your risk of heart disease, it’s time to use other risk assessments.

In addition to an omega-3 index, you can get a more accurate idea of your risk of heart disease using an HDL/total cholesterol ratio, triglyceride/HDL ratio, fasting insulin level, fasting blood sugar level and iron level. You’ll find a discussion of the tests and measurements in “Cholesterol Does Not Cause Heart Disease.”